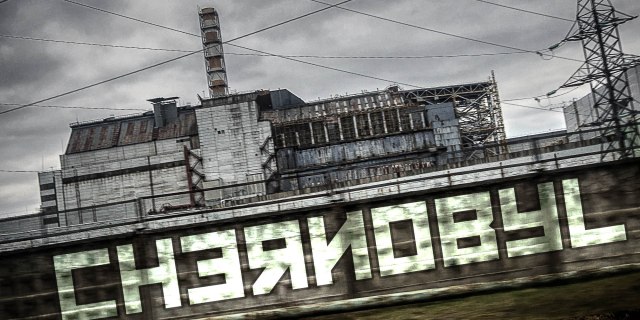 Triggered by a Lunar Eclipse

I was alerted to this fact by a book from Dan Green called The Murder of Mary Magdalen. On the day of the lunar eclipse, he and his family had visited Rennes-le-Château by ‘spiritual appointment’ (information received in a dream). The significant aspect of the eclipse was the close proximity of Pluto to the Moon’s position.

Let’s take a closer look at the “Disaster” chart:

By the time of the reactor malfunction, the Moon had moved on, but now the Sun and Pluto were on opposite sides of the sky, but only about a half a degree off. At the same time, the Ascendant and Neptune were almost exactly conjunct, both trine to the Sun and sextile with Pluto. This is a powerful combination.

Yes, many died from the water.
But what of the name—Wormwood?

There are about 500,000 words in an unabridged dictionary. Wormwood is one of those words. It’s also the English translation of the Russian word, Chernobyl. If you were reading a Ukrainian Bible, the prophecy would say, “…and the name of the star is called Chernobyl.” (from a FunTrivia post)

You don’t have to accept that this was foretold in the Bible, but it does make you think, doesn’t it?

As some have experienced Pluto’s power to disrupt for themselves, it does not come as a surprise that this event could have been cosmically triggered by the combined energies of the planets involved on this date and at this time. After all, we all in this together, including our nuclear power stations.

I am an Astrologer who also writes about world events. My first eBook "At This Point in Time" is available through most on-line book stores. I have now serialized my second book "The Star of Bethlehem" here. And I am experimenting with birth and death charts. If you wish to contact me, or request a birth chart, send an email to cdsmiller17@gmail.com
View all posts by cdsmiller17 →
This entry was posted in history and tagged astrology, lunar eclipse, nuclear disaster, Wormwood. Bookmark the permalink.