Genocide of the Holy Bloodline 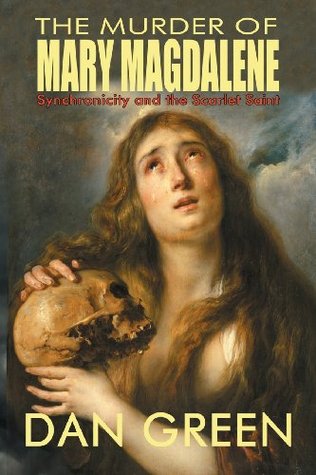 The Murder of Mary Magdalene

When Dan Green posted an ‘invitation’ to his internet page on one of my posts, I decided to take him up on his claim that it would give more evidence for the fact that Jesus may have been a woman.

Instead, Mr Green, in this book, went on to assert that Jesus never existed at all, and that the Roman Church substituted a figure purporting to be him for the real Teacher, who was Mary Magdalene.

Then, she was assassinated, hence the title of his book.

Let’s take a look at some of what he wrote in Chapter Eighteen:

Just about everything imaginable has been either said or suggested about the biblical figure presented to us as Mary Magdalene. That much we can agree. The most favoured and recent of the many hypothesis is that she was the partner of the historical and biblical figurehead Jesus, carrying his child and along with that the continuation of a Holy Bloodline. This Mary figure, who – after the biblical account where she was the first to visit the tomb of the rising Christ – simply vanishes from record. Yet she warrants becoming an object of character assassination by the Catholic Church and added to their tarnishing of all things female by virtue of Original Sin propaganda and inventing us the lie that she was a prostitute. This enigmatic Mary must have been a potent female, in particular an actual spiritual teacher who had a following, and whose importance may well have been thought better removed in order to satisfy a preferred emphasis on a male Jesus figure to cater for the deep-seated homosexual tendencies that have now been brought to light by the exposure of systematic and covered up Catholic Church child abuse in both USA and Ireland and suspected in many other countries, if not all where Catholicism is rooted. That the figure of Mary Magdalene may well have been far more important in history than we could have imagined, eclipsing that of the male Jesus story line as it is told, may well be one of the better secrets held in relation to her, and the mystery attached to Rennes-le-Château. Is her connection with blood – menstruation – the one thing a male church hierarchy loathed, to menstruate being ‘men’s true hate’? Was this enigmatic Mary considered such a threat that she was physically removed from accurate recordings of history that would displease the Church, preferring an emphasis on an elevated and deified male Jesus figure? This story line may be some two thousand years ago, but in that time human nature has changed little, and powerful women who worry the residing male authority of the day are usually removed, from as far back as Jeanne D’Arc to more modern examples of Marilyn Monroe, Princess Diana Spencer and Benazir Bhutto. Diana’s assassination, as many now believe it to be, having followed the vast evidence, in particular, shows her as a modern day Magdalene figure, and amongst that evidence we cannot rule out that she was also pregnant at the time of her arranged death. I was now having to face the real possibility that it was now a crime to solve. With more than a character assassination to consider, could a pregnant Mary Magdalene have been demised? 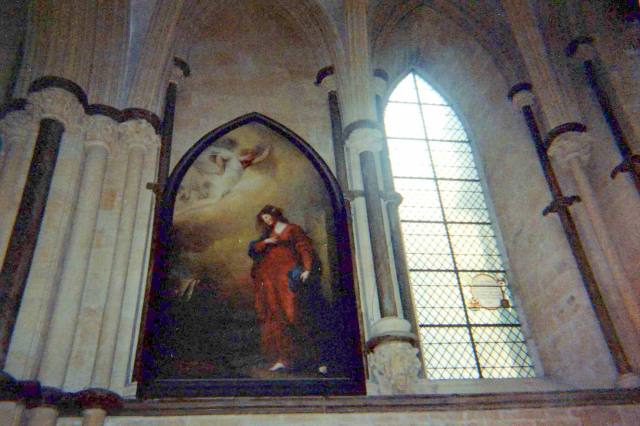 None of this information is particularly new. But the fact that Mr Green followed the clues and settled on Lincoln Cathedral grounds as Mary Magdalene’s final resting place is NEW, at least to me. His use of the ‘rabbit’ language, as he calls it, to wheedle out information from place names and other items of interest is quite well done. He would also find it amusing that my use of ‘wheedle’ (which I originally spelled as ‘wheadle’) yielded the word ‘headless’ during the spellcheck. St. Margaret is implied in that synchronicity.

For at least as long as there have been belief systems in place about the actuality of an historical Jesus, there have been ‘other’ beliefs about his non-existence. So, the most telling of ‘truth’ as we can know it, asks the question: Why are there so many references to the Devil, his Imp, and other ‘negative’ thoughts in Lincoln?

Is this the Devil’s way of undercutting Jesus’ power here on earth? I can only come back to a phrase sung by the main character in Jesus Christ Superstar:

I can only say that this thought to me is true, true, true.

On the whole, this is a fine treasure hunt. But I have only one quibble: some of the work is duplicated, repeated and overly analysed. That may be due to the fact that this book is an amalgamation of several different publications, which when put together constitute several overlapping episodes. The overall effect is one of beating you over the head with his points. However, ‘truth is truth’ wherever you find it. And you will find plenty of truth here.

I am an Astrologer who also writes about world events. My first eBook "At This Point in Time" is available through most on-line book stores. I have now serialized my second book "The Star of Bethlehem" here. And I am experimenting with birth and death charts.
View all posts by cdsmiller17 →
This entry was posted in reviews and tagged Cathars, Gnosticism, Jesus Christ, Knights Templar, Lincoln Cathedral, Mary Magdalene, Rennes-le-Chateau. Bookmark the permalink.

1 Response to Genocide of the Holy Bloodline