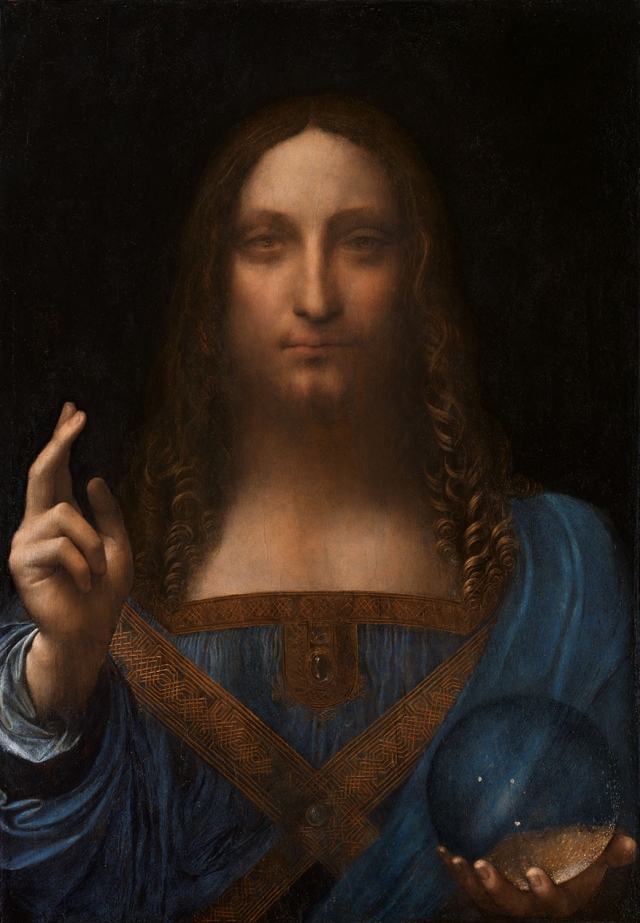 This picture has been attributed to Leonardo da Vinci, with an approximate date of 1500 AD. For years it was hidden under another image, one of a heavily bearded older man. When the paint was stripped back, this image appeared.

It’s coming up for auction this week, and everyone has been oohing and ahhing at the image. Even Susan said, when she first saw this image, that it seemed like an illusion.

Then she said, “He seems to be dressed in women’s clothes.” That’s what I thought, too.

Saviour of the World

As I have pointed out in the manuscript of my book “The Star of Bethlehem” there are some who believe that Jesus was actually a female, raised and dressed to be a male. This was the “Secret” that the Knights Templar may have hidden from the Roman Catholic Church. Remember the skull marked Virgo LVIII?

Now, finally, we seem to have proof that Leonardo held the same opinion, hence the need to hide the image under another more socially acceptable one.

My question is this: does any of it matter?

I am an Astrologer who also writes about world events. My first eBook "At This Point in Time" is available through most on-line book stores. I have now serialized my second book "The Star of Bethlehem" here. And I am experimenting with birth and death charts.
View all posts by cdsmiller17 →
This entry was posted in history and tagged code, enigma, Jesus Christ, mystery. Bookmark the permalink.