The Peasants are Revolting! 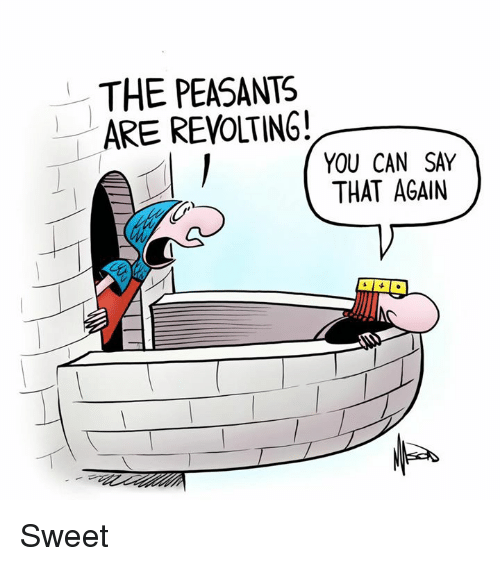 You can say that again

Louis the XVI was the King of France in 1789… (as we were taught about the French Revolution). The people were starving because they couldn’t afford bread, so they started to riot. Marie Antoinette was quoted as saying, “Let them eat cake.” Such was their understanding of the life of the common man.

Well, we could say it again, because France is back where the Republic started and they still have this disconnect between Government and the People.

The Peasants are Revolting! 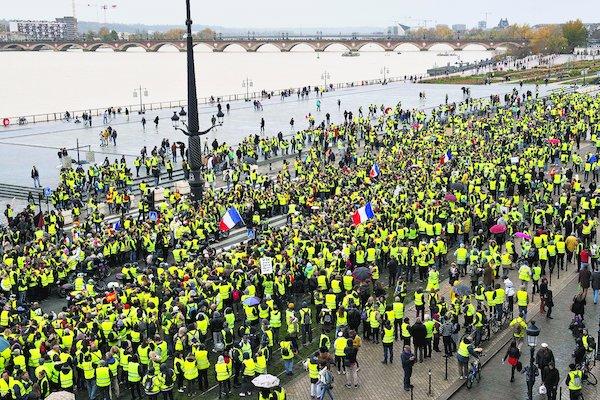 I am an Astrologer who also writes about world events. My first eBook "At This Point in Time" is available through most on-line book stores. I have now serialized my second book "The Star of Bethlehem" here. And I am experimenting with birth and death charts.
View all posts by cdsmiller17 →
This entry was posted in history, paranoia and tagged deja vu, democracy, France, revolution. Bookmark the permalink.

1 Response to The Peasants are Revolting!