The Active Side of Infinity

“Ordinarily, events that change our path are impersonal affairs, and yet extremely personal. My teacher, don Juan Matus, said this in guiding me as his apprentice to collect what I considered to be the memorable events of my life…

“Don Juan described the total goal of the shamanistic knowledge that he handled as the preparation for facing the definite journey: the journey that every human being has to take at the end of his life. He said that what modern man referred to vaguely as life after death was, for those shamans, a concrete region filled to capacity with practical affairs of a different order than the practical affairs of daily life, yet bearing a similar functional practicality. Don Juan considered that to collect the memorable events in their lives was, for shamans, the preparation for their entrance into that concrete region, which they called the active side of infinity.” 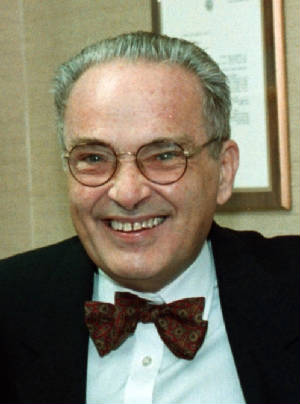 The Warrior’s Intent as an Act of War

In the Introduction chapter, Carlos Castaneda relates a discussion that he had with don Juan about his own behaviour.

“What possesses me to act the way I do?” I asked don Juan in earnest. I was, at that instant, utterly baffled. I was so shaken by my realization that without any volition on my part, I began to weep.

“Don’t worry about stupid details,” don Juan said reassuringly. “Every one of us, male and female, is like this.”

“Do you mean, don Juan, that we are naturally petty and contradictory?”

“No, we are not naturally petty and contradictory,” he replied. “Our pettiness and contradictions are, rather, the result of a transcendental conflict that afflicts every one of us, but of which only sorcerers are painfully and hopelessly aware: the conflict of our two minds.”

Don Juan peered at me; his eyes were like two black charcoals.

“You’ve been telling me on and on about our two minds,” I said, “but my brain can’t register what you are saying. Why?”

“You’ll get to know why in due time,” he said. “For the present, it will be sufficient that I repeat to you what I have said before about our two minds. One is our true mind, the product of all our life, the one that rarely speaks because it has been defeated and relegated to obscurity. The other, the mind we use daily for everything we do, is a foreign installation.”

“I think that the crux of the matter is that the concept of the mind being a foreign installation is so outlandish that my mind refuses to take it seriously,” I said, feeling that I had made a real discovery.

Don Juan did not comment on what I had said. He continued explaining the issue of the two minds as if I hadn’t said a word.

“To resolve the conflict of the two minds is a matter of intending it,” he said. “Sorcerers beckon intent by voicing the word intent loud and clear. Intent is a force that exists in the universe. When sorcerers beckon intent, it comes to them and sets up the path for attainment, which means that sorcerers always accomplish what they set out to do.”

“Do you mean, don Juan, that sorcerers get anything they want, even if it is something petty and arbitrary?” I asked.

“No, I didn’t mean that. Intent can be called, of course, for anything,” he replied, “but sorcerers have found out, the hard way, that intent comes to them only for something that is abstract. That’s the safety valve for sorcerers; otherwise they would be unbearable. In your case, beckoning intent to resolve the conflict of your two minds, or to hear the voice of your true mind, is not a petty or arbitrary matter. Quite the contrary; it is ethereal and abstract, and yet as vital to you as anything can be.”

Don Juan paused for a moment; then he began to talk again about the album.

“My own album, being an act of war, demanded a super-critical selection,” he said. “It is now a precise collection of unforgettable moments of my life, and everything that led me to them. I have concentrated in it what has been and will be meaningful to me. In my opinion, a warrior’s album is something most concrete, something so to the point that it is shattering.”

The opening words say it all: “This book is a collection of the memorable events in my life.”

So, this book is, in fact, Carlos Castaneda’s warrior album. It goes back through the events which have been recounted in his previous books, but this time, he explains how and why they are significant to him. In fact, even though some of the events are ‘vaguely’ familiar, without reading this book, their significance may be lost to the reader.

My favourite chapter is this one:

Who Was Juan Matus, Really?

During my first encounter with don Juan, in the bus depot in Nogales, Arizona, something of an unusual nature had happened to me, but it had come to me cushioned in my concerns with the presentation of the self. I had wanted to impress don Juan, and in attempting to do so I had focused all my attention on the act of selling my wares, so to speak. It was only months later that a strange residue of forgotten events began to appear.

One day, out of nowhere, and with no coaxing or coaching on my part, I recollected with extraordinary clarity something that had completely bypassed me during my actual encounter with don Juan. When he had stopped me from telling him my name, he had peered into my eyes and had numbed me with his look. There was infinitely more that I could have said to him about myself. I could have expounded on my knowledge and worth for hours if his look hadn’t completely cut me off.

In light of this new realization, I reconsidered everything that had happened to me on that occasion. My unavoidable conclusion was that I had experienced the interruption of some mysterious flow that kept me going, a flow that had never been interrupted before, at least not in the manner in which don Juan had done it. When I tried to describe to any of my friends what I had physically experienced, a strange perspiration began to cover my entire body, the same perspiration that I had experienced when don Juan had given me that look; I had been, at that moment, not only incapable of voicing a single word, but incapable of having a single thought.

For some time after, I dwelled on the physical sensation of this interruption, for which I found no rational explanation. I argued for a while that don Juan must have hypnotized me, but then my memory told me that he hadn’t given any hypnotic commands, not had he made any movements that could have trapped my attention. In fact, he had merely glanced at me, It was the intensity of that glance that had made it appear as if he had stared at me for a long time. It had obsessed me, and had rendered me discombobulated at a deep physical level.

Castaneda goes on to discuss don Juan throughout the rest of that chapter and, as a reader, I am grateful for the insight into the nagual.

Even if you have never read one single book written by Carlos Castaneda, if you happened to find and read this one, you will be forever enlightened about shamanism as practiced by the Indians in Mexico. We will not see the like of Castaneda again, because he is now on The Active Side of Infinity.

I am an Astrologer who also writes about world events. My first eBook "At This Point in Time" is available through most on-line book stores. I have now serialized my second book "The Star of Bethlehem" here. And I am experimenting with birth and death charts. If you wish to contact me, or request a birth chart, send an email to cdsmiller17@gmail.com
View all posts by cdsmiller17 →
This entry was posted in reviews and tagged anthropology, memories, shamanism, sorcery, warriors. Bookmark the permalink.