Results of the 2019 Canadian Horse Race 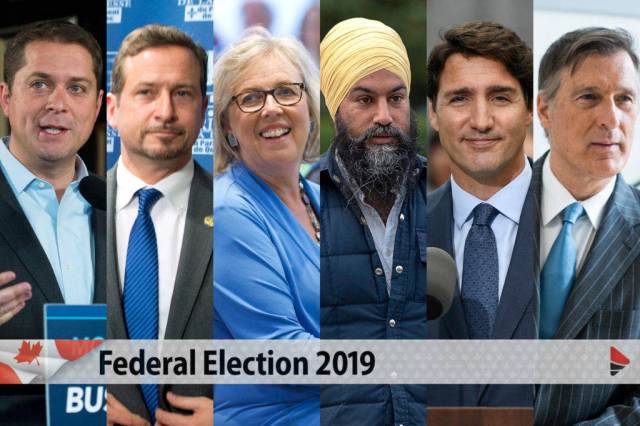 In 2015, Justin Trudeau made a campaign pledge to change the electoral system to one that was PR (proportional representation). Then he changed his mind.

Now we can see why.

There’s something about being in power that is not easy to give up, especially if it has been inherited from “The Mother of All Parliaments” in Westminster. To change our elections to the more European Union version would be to give up any chance of holding the controlling ‘majority’ of votes.

The Conservatives got the most popular votes, but they lost the election. Doesn’t seem fair, does it? Well, imagine being the Greens: 6.5% of Canadians vote for them, but they only ended up with three seats out of 338 up for grabs. And skewing it in the other direction, the Bloc Québécois had 7.7% of the popular vote (concentrated in Quebec) and ended up with 32 seats.

No, the system is broken. 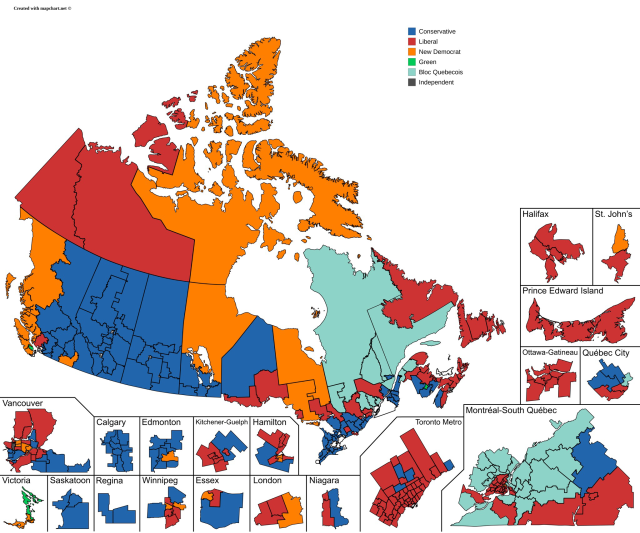 The layout of the colours may be a bit deceptive. The most populated areas of the country are clustered around Toronto, Vancouver and Montreal. The northern portions of the provinces are sparsely populated, and the prairie provinces are full of wide open spaces.

But, to show you what has happened over the previous three elections, take a look at this: 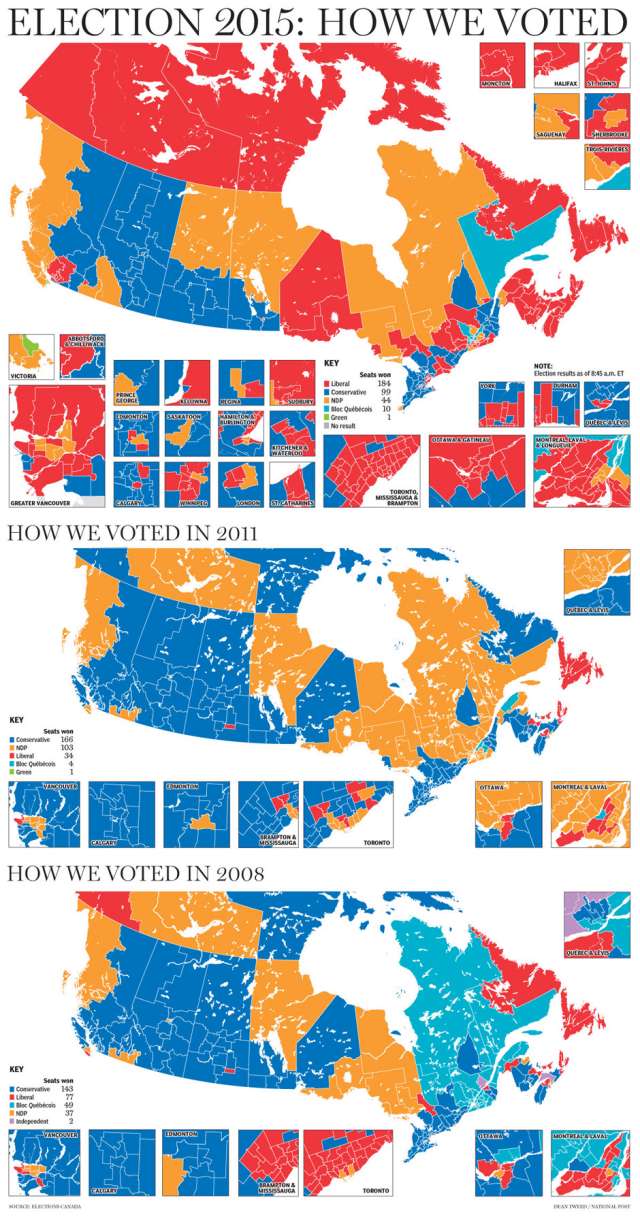 It’s not hard to see what has changed over the years, and what hasn’t.

And so, this brings us to the point of this post: can Canada find a more equitable way to elect its federal government? I’m doubtful.

We are a very long way from the idea of one person, one vote.

I am an Astrologer who also writes about world events. My first eBook "At This Point in Time" is available through most on-line book stores. I have now serialized my second book "The Star of Bethlehem" here. And I am experimenting with birth and death charts. If you wish to contact me, or request a birth chart, send an email to cdsmiller17@gmail.com
View all posts by cdsmiller17 →
This entry was posted in history, paranoia and tagged Canada, Canadian, first-past-the-post, politics, proportional representation, Trudeau. Bookmark the permalink.