Well, we haven’t yet seen the Son of Man coming on the clouds of the sky with his angels in the traditional sense. But since 1946, after the first atomic blasts of World War II, we have seen a lot of Unidentified Flying Objects (UFO’s) — are these the “clouds” of his power and great glory? In his book Alien Liaison: The Ultimate Secret, Timothy Good has tried to get the US government to admit that they are tacitly, at least, co-operating with extraterrestrials. Here he quotes from a discussion between a scientist and his friend about a document that the scientist had seen which explained what was actually going on:

There were references in the reports to ‘the Kids’ — presumably the little fellows who had manned at least one of the craft at S-4 — whose origin was said to be Reticulum 4, the fourth planet from Zeta Reticulum 2… The two stars that comprise the Zeta Reticulum system are similar to our Sun (G2 type) and are approximately thirty-seven light years from our solar system, separated from each other by a distance of about 350 billion miles, and requiring over 100,000 years to orbit their common center of gravity. Both Zeta 1 and Zeta 2 are prime candidates for the search for life beyond earth, and both could well have a system of planets similar to our own.

It stated in the briefing papers that humankind is the product of periodic genetic ‘corrections’ by the aliens. Bob has difficulty with this statement, as he emphasized in his private interview with George Knapp.

“It’s easier to swallow things you can put your hands on and touch and then work with,” he said. “There’s no problem. But when you get a load of spiritual stuff and religion — you know, that we were made by progressive corrections in evolution and that sort of thing…it’s a tough thing to accept without hard-core proof. The only hard-core thing is that there is an extremely classified document dealing with religion, and it’s extremely thick. But why should there be any classified documents dealing with religion?”

“All right. Your objection has been noted. What does it say?” 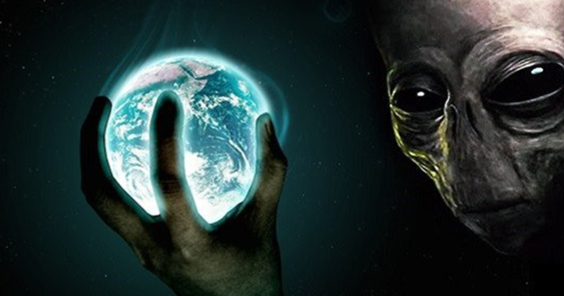 “That we’re ‘containers’. That’s supposedly how aliens look at us; that we are nothing but containers.”

“Containers. Maybe containers of souls. You can come up with whatever theory you want. But we’re containers, and that’s how we’re mentioned in the documents; that religion was specifically created so we have some rules and regulations for the sole purpose of not damaging the containers.”

Supposedly, Jesus and two other spiritual leaders were genetically engineered, in the sense that “they were implanted in people on earth and their births were closely monitored”. Again, a similar claim was made (specifically about Jesus) by Richard Doty, in conversation with Linda Howe in 1983.

The idea is hardly new, and has been put forward by a number of writers. For some reason, it outrages many devout Christians. Perhaps they should take note of the many passages in the Bible which, although open to alternative interpretations, nevertheless suggest the possibility of an out-of-this-world origin for Jesus, for example: the angel Gabriel’s visit to Mary, informing her of an unusual conception; the star of Bethlehem which guided the Wise Men to the place of birth; the physical Ascension into “heaven”, with the two men standing by in “white apparel”; and Saul’s conversion on the road to Damascus, when Jesus apparently spoke to him from a “great light” in the sky.

In addition, one could adduce the extraordinary abilities attributed to Jesus, and the occasional cryptic statements in reference to his origin, such as the following, recorded in John’s Gospel: “You belong to this world here below, but I come from above. You are from this world, but I am not from this world.”

Is the idea really so far-fetched? Not according to Dr Barry Downing, for example, a theologian with a degree in physics, whose book, The Bible and Flying Saucers, traces the evidence for extraterrestrial liaison with mankind throughout biblical history…

“Well, I am telling the truth — I’ve tried to prove that,” Bob Lazar insists. “What’s going on up there could be the most important event in history. You’re talking about physical contact and proof from another system — another planet, another intelligence. That’s got to be the biggest event in history — period. And it’s real, and it’s there!”

I am an Astrologer who also writes about world events. My first eBook "At This Point in Time" is available through most on-line book stores. I have now serialized my second book "The Star of Bethlehem" here. And I am experimenting with birth and death charts. If you wish to contact me, or request a birth chart, send an email to cdsmiller17@gmail.com. (And, in case you are also interested, I have an extensive list of celebrity birth and death details if you wish to 'confirm' what you suspect may be a past-life experience of yours.) Bless.
View all posts by cdsmiller17 →
This entry was posted in history, paranoia, spirituality and tagged aliens, Area 51, Extraterrestial, eyewitness testimony, UFO sighting, UFOs. Bookmark the permalink.