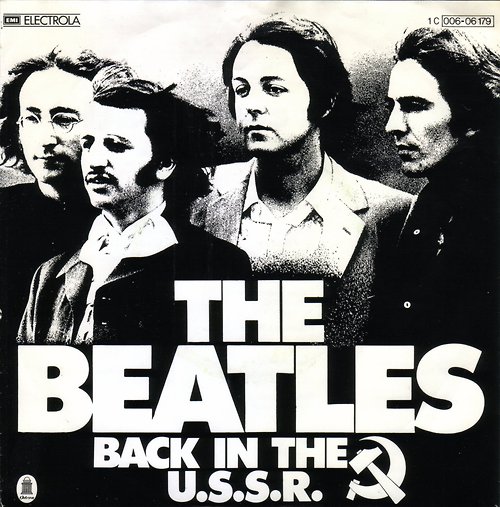 When the double record The Beatles, now known as the White Album, landed in 1968, we all knew that a different side to the Beatles’ creativity was being shown. In fact, I sat with the lyrics insert and jotted down my impressions of the artists and musical styles they were imitating. This song, in particular, reminded me of the Beach Boys, but it seemed to have another influence behind it. That ‘influence’ was Chuck Berry.

The twist in the tale is that the Beach Boys had ‘borrowed’ Sweet Little Sixteen and created Surfin’ USA:

As I have been trying to demonstrate in my “Something Borrowed, Something…” series of blogs, there is nothing new under the sun, especially when it comes to ‘modern’ music. But here’s an example that only spans a decade.

By ‘borrowing’ the title, Back in the USA, and playing it like the Beach Boys, the Beatles paid homage to Chuck Berry in the best way possible…creating a new song:

I am an Astrologer who also writes about world events. My first eBook "At This Point in Time" is available through most on-line book stores. I have now serialized my second book "The Star of Bethlehem" here. And I am experimenting with birth and death charts.
View all posts by cdsmiller17 →
This entry was posted in showbusiness and tagged beatles, borrowed, homage, music, plagiarism, rock music, videos. Bookmark the permalink.