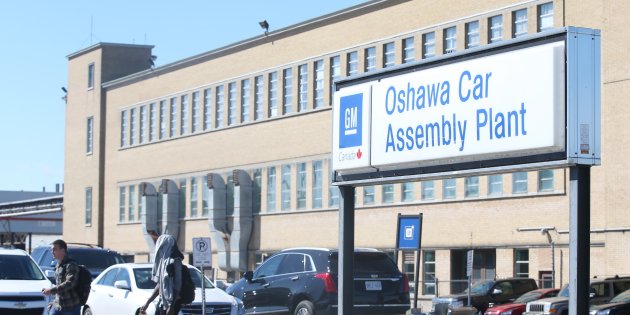 Another hundred-year-old story is coming to a close. And Unifor is not happy about it. Well, that’s what happens when you give your whole live to the company store.

General Motors has been associated with Oshawa for more than 110 years, the car assembly plant since 1953. Whole families have been employed there, and Oshawa has been a one-plant location since forever, it seems.

But in recent years, there have been layoffs, and the writing has been on the wall since 2014. GM has had a bailout or two since 2008, and that allowed them to continue employing workers, but GM only promised to keep the assembly plant open until 2020. Now they’re closing it in December 2019, and the Unifor’s National President, Jerry Dias, vows to fight GM to the bitter end.

In the 1980’s, the UK decided to close down their coal mines. Arthur Scargill, President of the National Union of Mineworkers (NUM) challenged the Thatcher government by holding a series of strikes during 1984-85. The government won, in the end, and the coal mines wee closed. So much for fighting the government, eh?

In this country, the Harper government attempted to appease GM (and other auto makers) by bailing them out of the financial mess they were in. In the end, this will also come to nothing, as the world needs to clean up its act, and fossil fuels need to be phased out. This will happen, whether the humble men who do the work want it to or not.

The stock market liked the GM announcement: it means that there will be more money for dividends, once the waste of money cars are stopped. They have no interest in what happens to the ‘little guy’. They only worry about themselves.

Trump says he was ‘very tough’ on the CEO of GM. His promises to keep GM jobs in Ohio have come undone. I suppose that’s political shorthand for “It’s not my fault!”

Doug Ford’s “Ontario is open for business” looks hollow, too. Poor guy: he thought he’d be the saviour of the province.

But it’s not the end of the world, folks. Something new, and better, will come along. It always does.

And the David and Goliath fight will turn out to be a skirmish. Really.

You read it here first.

I am an Astrologer who also writes about world events. My first eBook "At This Point in Time" is available through most on-line book stores. I have now serialized my second book "The Star of Bethlehem" here. And I am experimenting with birth and death charts.
View all posts by cdsmiller17 →
This entry was posted in history and tagged Canada, labour unions, news, plant closures, shareholders, United States history. Bookmark the permalink.