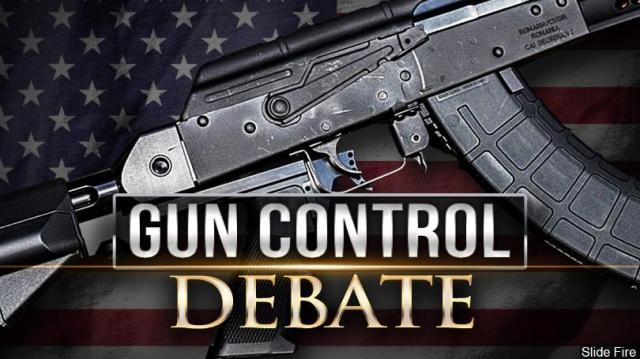 In the United States the right to keep and bear arms is enshrined in the 2nd Amendment of their Constitution. This amendment was enacted to ensure that the people would be able to defend themselves in the event of an invasion by outside forces, or revolution from within their country.

To the rest of the world, this appears to be madness. If everyone bears arms, no wonder there are so many shootings, of individuals (gun violence) and random people (mass murder).

We need to look at this from their point of view.

When seemingly everybody is ‘packing’, the individual feels vulnerable. Think of the “Wild West”. If some ‘hombre’ told you to draw, your life may depend on the ability to do so. No gun, no life. It’s their whole way of life…

This also helps to explain the support from Trump’s MAGA slogan. It also speaks to their ‘need’ for a wall along their Southern border with Mexico. They are not secure in their beds at night.

It makes you wonder how they sleep.

The police and militia would prefer that there were no firearms except their own. But they know that it would take something drastic to change peoples’ minds about gun control. Hence the ‘problem – reaction – solution’ of mass shootings.

According to David Icke:

Mock drills involving gunmen at schools half an hour’s drive away were happening at the same time as the Sandy Hook incident; exercises happening at the same time and in the same airspace as the 9/ 11 attacks involving simulated hijacks and even included the scenario of a plane flown into a building; a mock emergency drill virtually the same as the real thing was happening at the same time as the London bombings of 2005; a Danish police bomb exercise ended only 20 minutes before the real one went off in the same vicinity in Oslo in 2011; a NATO terrorist exercise in Madrid concluded shortly before the train bombings in 2004; and a drill was happening at the same time and in the same place that the bombs exploded at the Boston Marathon in 2013. The Dark Knight Rises Batman movie was playing on its opening night at the theatre in Aurora and featured a shot of a map on which the only words you can read are ‘Sandy Hook’. Suzanne Collins, author of The Hunger Games trilogy, lives in Sandy Hook which is one heck of coincidence given that Sandy Hook is a village within a country of more than 300 million people. The bus that was bombed in London in 2005 carried an advertisement for a horror movie called The Descent which pictured a woman screaming in a tunnel alongside the words: ‘Outright terror, bold and brilliant’. The film won the Saturn Award for best horror film of the year. The Sandy Hook state of Connecticut is, like Colorado, a prime centre for secret society and satanic activity.

You don’t have to agree with him to see that something strange is going on.

I don’t have a ‘solution’ in the normal sense of that word. It would take a miracle to change what’s going on in the States.

Maybe they just need to follow the Golden Rule.

I am an Astrologer who also writes about world events. My first eBook "At This Point in Time" is available through most on-line book stores. I have now serialized my second book "The Star of Bethlehem" here. And I am experimenting with birth and death charts. If you wish to contact me, or request a birth chart, send an email to cdsmiller17@gmail.com. (And, in case you are also interested, I have an extensive list of celebrity birth and death details if you wish to 'confirm' what you suspect may be a past-life experience of yours.) Bless.
View all posts by cdsmiller17 →
This entry was posted in history, paranoia and tagged 2nd amendment, government control, gun violence, mass shootings, NRA, United States history. Bookmark the permalink.