Self-Harm is a Cry for Help 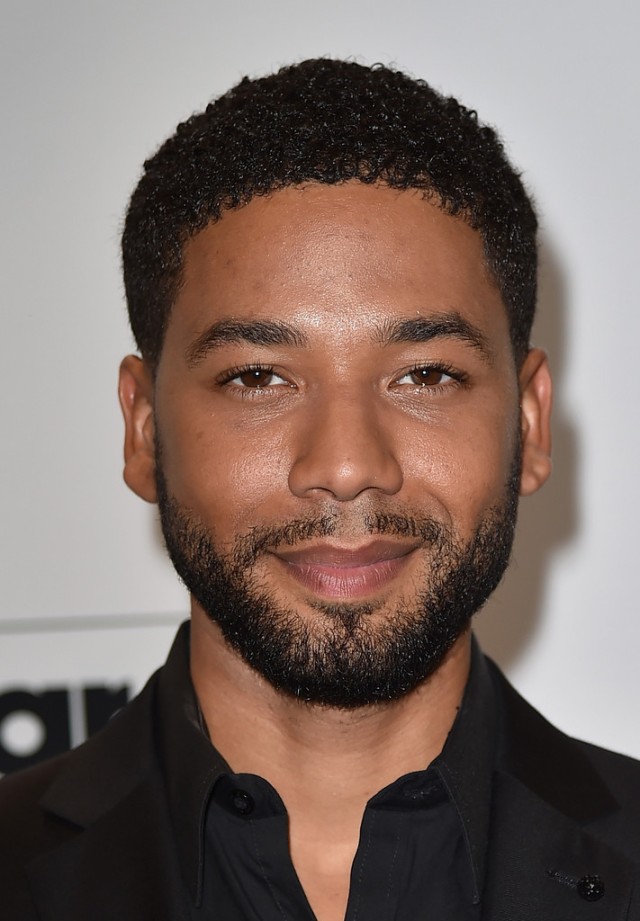 Smug shot to be replaced with a mug shot

It’s been a weird three weeks since Smollett told Chicago Police that he had been mugged by two anti-black, anti-gay masked men who doused him with bleach, beat him and hung a rope around his neck. And because they were shouting “This is MAGA country” it was presumed they were white supremacists.

But, no: it turns out the two men were black brothers, one of whom was acquainted with Smollett, through working as an extra on “Empire”. What was going on?

They told Chicago Police that Smollett had hired them to carry out the attack on him.

I wonder if this public event was actually for the benefit of a private audience. 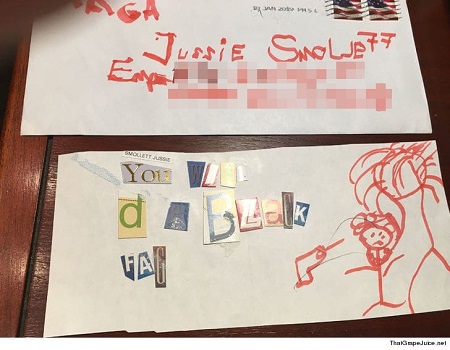 This threatening letter was received by Smollett via the mail. Its return address? MAGA. The image looks a little like a lynching. The words are schoolboy threats.

When no one took the threats seriously, Smollett probably thought, ‘I’ll show you…’

Now he’s in custody, awaiting a bond hearing. And this could cost him a lot if the Chicago Police sue him for the man hours they wasted tracking down his attackers. All to prove what? That he’s a gay black man that feels threatened somehow? It’s a cry for help!

I am an Astrologer who also writes about world events. My first eBook "At This Point in Time" is available through most on-line book stores. I have now serialized my second book "The Star of Bethlehem" here. And I am experimenting with birth and death charts. If you wish to contact me, or request a birth chart, send an email to cdsmiller17@gmail.com
View all posts by cdsmiller17 →
This entry was posted in paranoia, showbusiness and tagged black, conspiracies, crime, gay, hate, television, threats. Bookmark the permalink.

1 Response to Self-Harm is a Cry for Help