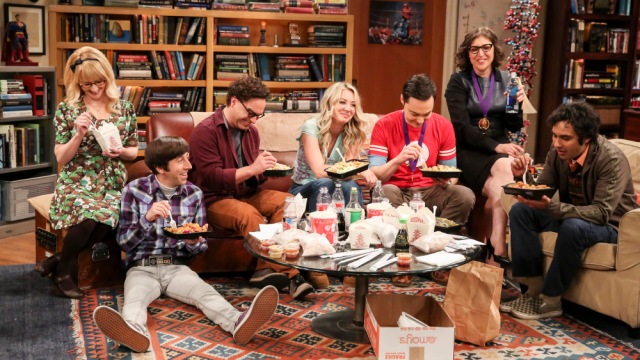 Not with a Big Bang, but a Whimper

It was the finale of The Big Bang Theory last night. It seemed almost anticlimactic for a series that has run for 12 years on the evolution of its main character, Sheldon Cooper. Jim Parsons portrayal of the high-functioning savant has been the main focus of the show, with his co-stars serving as extras. But the show wouldn’t have lasted if they hadn’t been there, so it became their show, too.

And how does this show end? With the gang eating a takeaway dinner, as usual.

Series 2 came to its logical conclusion, too, right after the end. That’s where the real tears flowed. And the producers tipped their corporate hats to The Big Bang Theory by having the younger versions of the cast appear as cameos in the following sequence:

I am an Astrologer who also writes about world events. My first eBook "At This Point in Time" is available through most on-line book stores. I have now serialized my second book "The Star of Bethlehem" here. And I am experimenting with birth and death charts. If you wish to contact me, or request a birth chart, send an email to cdsmiller17@gmail.com. (And, in case you are also interested, I have an extensive list of celebrity birth and death details if you wish to 'confirm' what you suspect may be a past-life experience of yours.) Bless.
View all posts by cdsmiller17 →
This entry was posted in showbusiness and tagged autism, genius, nerds, science, science fiction, series, spectrum, television. Bookmark the permalink.