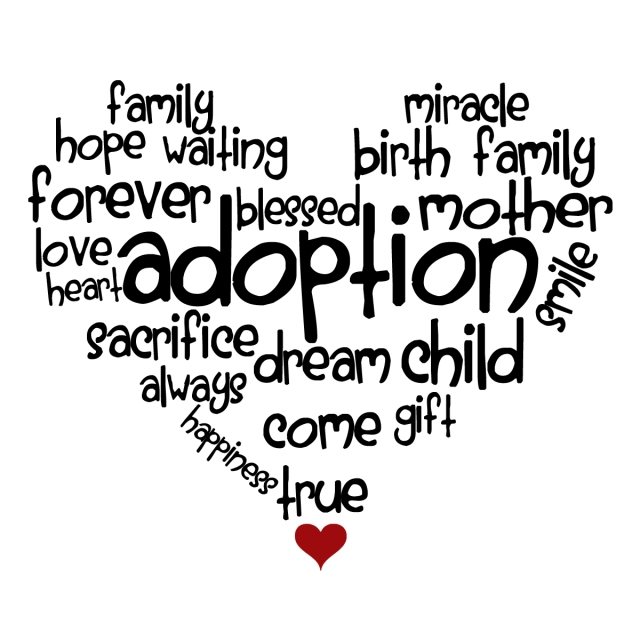 Once upon a time, there was a little child who needed a new family to keep her safe and secure. Then she was adopted. After some traumatic adventures, some good and some bad, she lived happily ever after.

But fairy tales are really nasty and cruel, even though everyone wants a ‘happily ever after’ ending. In reality, adoption is a two-edged sword: it cuts both ways.

My two daughters with their mother, 1993

My daughter, Rosanna, is visiting from the UK, at the moment. Her ‘excuse’ to come is my 70th birthday, which looms on the horizon. But her secret mission is to visit with her niece, Brigitte, her sister Amy’s child, now adopted by Susan’s son and daughter-in-law.

This family was fractured by Brigitte’s adoption. On the one hand, she’s still within our extended family, but, on the other hand, she is cut off from her birth mother. Brigitte’s adoptive parents don’t want her childhood to be derailed by contact with Amy. So, to keep her ‘safe’, none of us on the Miller side are allowed to share photos of Brigitte on social media platforms. The same restriction is not made for the maternal side of her new family. It’s frustrating, to be sure, and it makes for a fountain of tears, at times.

A Long Line of Adoptees

It’s staggering: the number of people in my family tree who have been adopted is astonishing. It’s almost like we needed to experience all the permutations and combinations of adoption that are possible.

It started with my mother. She never knew her birth mother. Then I was born, but my father never confirmed paternity until I was almost 25. In the meantime, I was adopted by Mom’s second husband, Rus. Then my own son, Derek, was adopted by his mother’s second husband. Then, after my second marriage, I adopted Suzann’s daughter, Amy. Again, the echo through these two examples matches my experience of being with my mother and getting a new father.

Then the new twist that goes back to Mom’s experience of being adopted, practically from birth: my sister, Elizabeth, had a baby she called Eloise. As Liz was schizophrenic, she had to give her baby up. Amy, now a grown woman, with ongoing mental health issues, had a similar situation with Brigitte, which is why we are where we are, today.

Brigitte was three years old when she was placed in a new family situation; Derek was that age when I left him and his mother. Children that age have a fragmented but hidden memory of their ‘missing’ parent. But it becomes buried underneath new memories being made all the time.

Let’s talk about genetics, shall we?

It was a very informative session yesterday in my computer room: Rosanna and I were discussing my favourite books from my library, there. Brigitte joined us. She started sketching a pair of lips, a procedure her friend Katie had showed her in a dream the night before. Then she added a nose, two eyes, the outline of a face, and hair. (Subsequently, she removed the hair, so that only the facial features remained.)

The image, as it was developing, looked just like Amy does now. Rosanna and I kept exchanging knowing looks. Brigitte hasn’t seen a photo of her birth mother in years.

Oh, and this is the point, entirely, Amy is an artist, too.

By the time Brigitte is 16, five years from now, she may express an interest in finding Mummy Amy, as she knows to call her. That’s not that far away, now.

In the meantime, I have a family tree on ancestry.ca that holds the key to her unconscious memories and family lines. And a load of photographs.

So, whether I am here to help the rediscovery process or not, my online footprint is.

I am an Astrologer who also writes about world events. My first eBook "At This Point in Time" is available through most on-line book stores. I have now serialized my second book "The Star of Bethlehem" here. And I am experimenting with birth and death charts. If you wish to contact me, or request a birth chart, send an email to cdsmiller17@gmail.com
View all posts by cdsmiller17 →
This entry was posted in family and tagged alienation, childhood memories, drama, family, love, mother, nurturing, society, trauma. Bookmark the permalink.

1 Response to Adapting to Adoption