Happy (Chem) Trails to You?

This beautiful photograph was taken from a drone hovering above the heritage site. When I shared it on the Fountain International Facebook page, one person commented, writing “shame about the chemtrailed sky.” I hadn’t even noticed.

As that wasn’t the first time I’d seen a similar sentiment about a beautiful picture (the other one was by Julian Lennon, see below), it got me to thinking that perhaps some people have an issue with these trails left by airplanes. 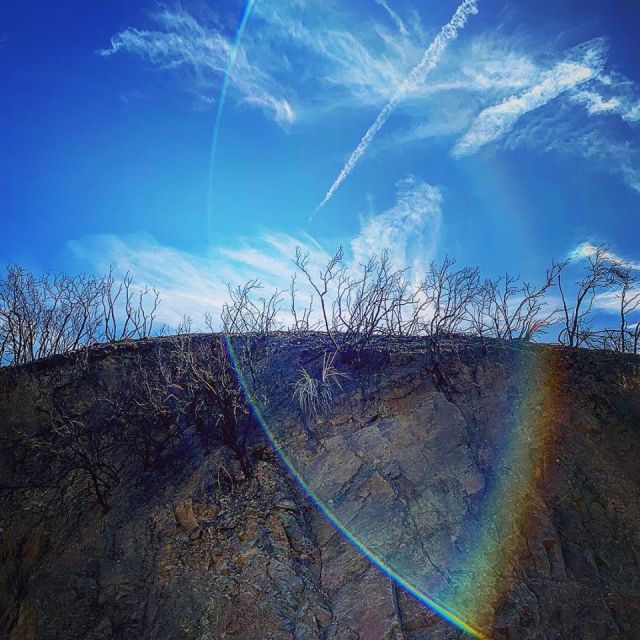 According to David Icke…

Another constant form of mass poisoning is the chemical trails sprayed from aircraft into the sky all over the world. People in North America began to notice in the late 1990s how the sky was being crisscrossed by white streaks that appeared at first to be the contrails or condensation trails pouring from the back of aircraft; but it soon became clear that these were not contrails. Instead of dispersing very quickly as contrails do they remained for hours expanding and filling the sky and they became known as chemtrails. I have often watched aircraft systematically flying to and fro across the same area until a once clear blue sky was like a patchwork of white lines which expanded until the whole sky became like a cloudy day.

We keep wondering why ‘they’ are doing this to us, but it doesn’t take a rocket scientist to work out two different but connected scenarios:

Ultimately, ‘they’ want to control the world, literally. The chemtrails are their weapon.

We are now so used to seeing these chemtrails in the sky, we don’t even think about them anymore. There seems to be no way to protect ourselves from them, either, so we’ve stopped fighting the ‘powers-that-be’ about them.

Maybe we ought to start fighting ‘them’ again. 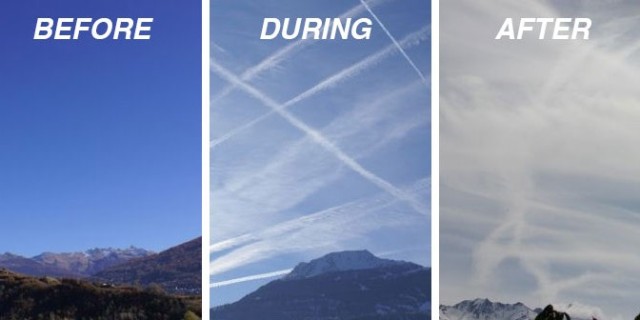 I am an Astrologer who also writes about world events. My first eBook "At This Point in Time" is available through most on-line book stores. I have now serialized my second book "The Star of Bethlehem" here. And I am experimenting with birth and death charts. If you wish to contact me, or request a birth chart, send an email to cdsmiller17@gmail.com. (And, in case you are also interested, I have an extensive list of celebrity birth and death details if you wish to 'confirm' what you suspect may be a past-life experience of yours.) Bless.
View all posts by cdsmiller17 →
This entry was posted in paranoia, Science and Mathematics and tagged airplanes, Conspiracy Theories, David Icke, photography, weather. Bookmark the permalink.

1 Response to Happy (Chem) Trails to You?