Dumbo is No Dummy

But Tim Burton is No Walt Disney

I expected to shed a teardrop or two with the live action remark of the 1941 animated film, but I wasn’t moved at all. Have I grown too old and jaded or is the wannabe Walt too conflicted about what he’s trying to achieve? 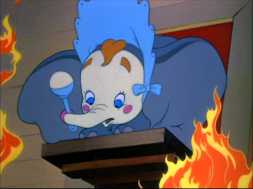 Maybe the pathos was slapped on like the sad clown makeup shown here. Disney kept it fairly light-hearted, only touching our hearts with the Mrs. Jumbo and baby interaction just before she is taken away. (Lots of families in the world were losing the parents, and he knew he didn’t have to milk it too much.)

Perhaps the brevity of the original is what keeps it fresh: you’re always wanting more. In this latest adaptation, the story has been padded out and the spectacle has been made bigger and louder. (Again, this could be due to the fact that modern families don’t get to see the ‘real’ circus anymore: Burton gives us more and more and more, making the movie almost double in length of the original.)

I won’t belabour the differences, but I need to highlight something interesting I caught:

When Dumbo does his final flyby, he seems to acknowledge the cinema viewers just like Christopher Reeve did at the end of the first Superman movie. 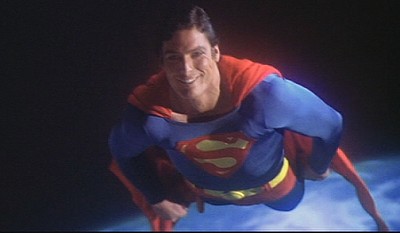 I am an Astrologer who also writes about world events. My first eBook "At This Point in Time" is available through most on-line book stores. I have now serialized my second book "The Star of Bethlehem" here. And I am experimenting with birth and death charts. If you wish to contact me, or request a birth chart, send an email to cdsmiller17@gmail.com
View all posts by cdsmiller17 →
This entry was posted in reviews and tagged cartoons, childhood memories, Disney, sentimentality, tears, technology. Bookmark the permalink.

1 Response to Dumbo is No Dummy