Jesus was born to his destiny: to be King. Unfortunately, no one understood that his kingdom was not of this world, as we know it. The Kingdom of Heaven was “within”.

And there were shepherds living out in the fields nearby, keeping watch over their flocks at night. An angel of the Lord appeared to them, and the glory of the Lord shone around them, and they were terrified. But the angel said to them, “Do not be afraid, I bring you good news of great joy that will be for all the people. Today in the town of David a Savior has been born to you; he is Christ the Lord. This will be a sign to you: You will find a baby wrapped in strips of cloth and lying in a manger.”

Suddenly a great company of the heavenly host appeared with the angel, praising God and saying, “Glory to God in the highest, and on earth peace to men on whom his favor rests.”

When the angels had left them and gone into heaven, the shepherds said to one another, “Let’s go to Bethlehem and see this thing that has happened, which the Lord has told us about.”

So they hurried off and found Mary and Joseph, and the baby, who was lying in the manger. When they had seen him, they spread the word concerning what had been told them about this child, and all who heard it were amazed at what the shepherds said to them. But Mary treasured up all these things and pondered them in her heart. (Luke 2:8-19)

The Moon is also symbolic of how the individual views his own mother. In Jesus’ case, he would have seen his mother as very nurturing and maternal because his natal Moon is in Cancer, the sign it rules. The symbol of Cancer may be representative of the joining together of a male and female spermatozoa. And as his Moon resides in the Tenth House, his career was mapped out for him in advance, by his mother. As she was of the lineage of David, he was to be a new Shepherd King.

Shepherds in the field abiding

The Encyclopedia of Astrology states that: From this arc {tenth house} one traces the native’s business or professional life and affairs, his honor, preferment, fame, credit, reputation, career, and position in society; hence his standing before the world. From this arc inferences may be drawn concerning his relations with those who are more or less in authority over him … ordinarily his mother in that here racial consciousness and what may be termed the “national soul,” becomes an entity.

Also, because Jesus’ Moon is in Cancer, he can be seen as having come from the Primordial Water of life, with definite links to the past. In Spiritual Astrology, the authors have stated that the Moon in Cancer person, working dynamically, needs to sacrifice emotional demands. This is because of past lives:

Past lives spent in situations of enforced dependency on family members have resulted in a basic insecurity and fear of needing to be taken care of by others. You fear needing someone else’s sympathy to survive. There are active subconscious past life memories of having sustained a physical injury or handicap that prevented you from being able to take care of yourself…; or you fear becoming too old to take care of yourself or having to rely on family members to do things for you.

Such memories lend urgency to your need for an emotional “parent” figure to rely on for protection and care. Thus, family is extremely important in this incarnation and is subconsciously related to basic survival. This insecurity results in unhealthy patterns of manipulation through dependencies, clinging, and controlling family members by being overprotective.

The lesson here is to enjoy the nourishment of intimacy and empathy without accompanying debilitating bondage. To do this you must learn to rely on authority within yourself. Past tendencies to cling need to be redirected to “clinging” to goals and ideals that are larger than your personal life. Then the sense of dependency will shift to depending on yourself to hold true to your goals and ideals.

Since you are learning that there is a “higher authority” you can depend on to take care of your needs, you are able to release family members from these debilitating dependencies. In this way you open yourself to experiencing true intimacy and loving closeness because the clinging attachment has been replaced by an atmosphere of freedom, support, and confidence in your family member’s ability to achieve great heights and to take care of themselves.

As they were walking along the road, a man said to him, “I will follow you wherever you go.”

Jesus replied, “Foxes have holes and birds of the air have nests, but the Son of Man has no place to lay his head.”

But the man replied, “Lord, first let me go and bury my father.”

Jesus said to him, “Let the dead bury their own dead, but you go and proclaim the kingdom of God.”

Still another said, “I will follow you, Lord; but first let me go back and say goodbye to my family.”

Jesus replied, “No one who puts his hand to the plow and looks back is fit for service in the kingdom of God.” (Luke 9:57-62)

The authors of Spiritual Astrology also decided that a Moon in the 10th House individual needs to know that: Emotional security can be gained by involving yourself in public activity that will bring personal recognition and a position of authority, and by acquiring positions of authority where you can organize others.

The Gospel of Thomas sayings 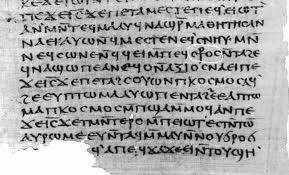 Here Jesus is specifically saying that if someone dies for his sake, it shall not mean death, but life eternal. This seems to be contrary to our normal thinking which makes us hang on for dear life no matter what. The matter may become clearer if we examine a number of secret sayings of Jesus as quoted in Jung and the Lost Gospels, in particular these ones from The Gospel of Thomas:

I took my position in the midst of the cosmos and in the flesh I did appear to them; I found them all drunk, I found none among them thirsty. And my soul was afflicted for the children of men, because they are blind in their hearts and do not perceive that empty they have come into the world and that empty they seek to exit from the world again. But now they are all drunk. When they have shaken off their wine, then will they turn around. (28)

If those who lead you say to you: “Behold the kingdom is in heaven,” the birds of heaven will enter therein before you. If they tell you: “It is in the sea,” then the fish will enter before you. However, the kingdom is within you and it is also outside of you. If you know yourselves, then you will be known and you will know that you are the children of the living father. But if you have no knowledge of yourselves, then you are in poverty and you are poverty. (3)

He who knows the all but fails to have self-knowledge lacks everything. (67)

Again, I am reminded of the fact that the horoscope is the plan of each individual’s “kingdom of heaven”, and ignoring what is “written in the stars” there could be disastrous: because ignorance, in this instance, is not bliss. To live outside of your own understanding is like being separated from your ‘higher self’ — a kind of living hell. There is a purpose to life: to me every day represents an opportunity to integrate my little “I” self with my higher self, a chance to regain the state of being we call ‘Paradise’. Because the Moon represents the Unconscious, it is our lifeline to the past. And because the Birth of an individual (the first Initiation, esoterically Baptism), viewed from the ‘other side’ of life, is actually the death of the spirit, I have used the same term in the title of this chapter about the Moon.

Picture credits:
Shepherds in the field abiding courtesy of http://www.rokmusic.co.uk;
They are family courtesy of quotesgram.com;
Gospel of Thomas courtesy of gospel-thomas.net