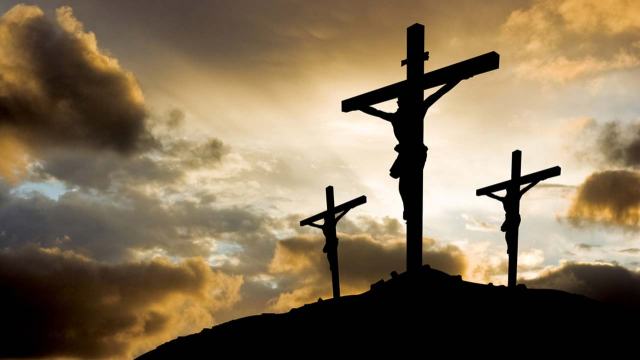 It’s that time of year again

But, in order for new life to begin, an old life must die. That’s nature’s way.

Somewhere along the way, the agony of crucifixion was spun into the ecstasy of the afterlife, and a day of one of the most horrific events in life got called Good Friday.

The screenplay I wrote in 1978 was just supposed to be about events triggering Armageddon. But in order to tell the story, I had to focus on one man’s ‘little’ life (and death). It wasn’t meant to be a big deal. After all, one crazy person dying is meaningless in a world where people die every day. The banality is overwhelming.

But as I wrote out the character back stories yesterday, for my graphic artist’s understanding, I suddenly came to the conclusion that I had actually recreated the story of Jesus’ death 2,000 years ago.

This story is timeless. We have probably been replaying it since the dawn of time. Even in the 60’s, a CBC production of “The Open Grave” lent a modern approach to the tale.

Until 1967 almost all of the output was in black and white–colour came late to Canada–and live or live to tape until the late 1960’s. They stirred up a major controversy (duplicated in the United Kingdom when the BBC bought the film) with Ron Kelly’s direct cinema experimental drama, The Open Grave. Kelly had the nerve to treat the Resurrection as a breaking news story, full of interruptions and improvisations, using familiar reporters from CBC news and the following scenario: the previous Friday, Joshua Corbett had been hanged for alleged terrorism, though in fact he has disrupted the war industries with his pacifist ideas. Now his grave is empty and neither Mary Morrison, a ravaged, rather vague middle-aged prostitute nor any of his other friends know where he is. The film, intended for broadcast on Easter Sunday made the headlines for weeks.

You can read the whole text here.

These things stay with you, and because I’ve now thoroughly researched and written about The Passover Plot, I have become very familiar in recent years with the players in the Passion Play. It still surprises me that I should have ‘seen’ the truth 40 years ago. Wonders will never cease.

I am an Astrologer who also writes about world events. My first eBook "At This Point in Time" is available through most on-line book stores. I have now serialized my second book "The Star of Bethlehem" here. And I am experimenting with birth and death charts. If you wish to contact me, or request a birth chart, send an email to cdsmiller17@gmail.com
View all posts by cdsmiller17 →
This entry was posted in history, spirituality and tagged Bible, gospel, Jesus Christ, religion, screenplay, writing. Bookmark the permalink.