Latin for: This for That

President Trump believes he’s the Master of the Deal. Ask him, he’ll tell you himself.

So it comes as no surprise that his telephone call with the new President of Ukraine, Volodymyr Zelensky, would amount to a ‘tit for tat’ trade-off. (We’ve seen such things before on television, haven’t we?)

But Trump has a blind spot: himself.

In his opinion, this was the most innocent telephone conversation ever in the history of the American Presidency. (Obviously, he’s not familiar with the Nixon Tapes.) 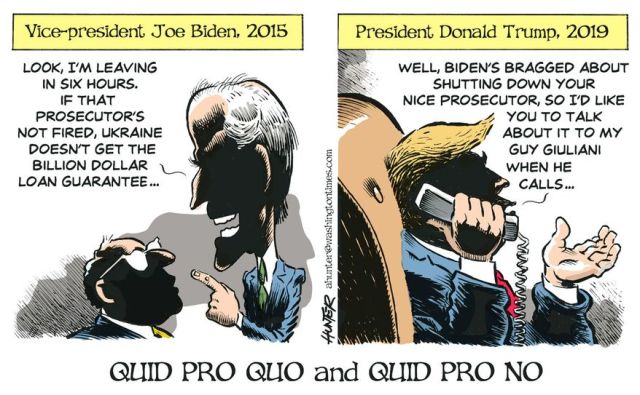 The White House lawyers must have gone ballistic when the transcript of the conversation was first seen. I can imagine the fallout of this bombshell.

“We’ll have to bury this information so that no one gets wind of Trump using his position as President to get help from a foreign government in smearing a political rival.”

So they hid it in a computer system designed to protect intelligence secrets from everyone else who might make their own political gain from it.

Only it had no intelligence in it. That amounts to a coverup.

Deal or No Deal 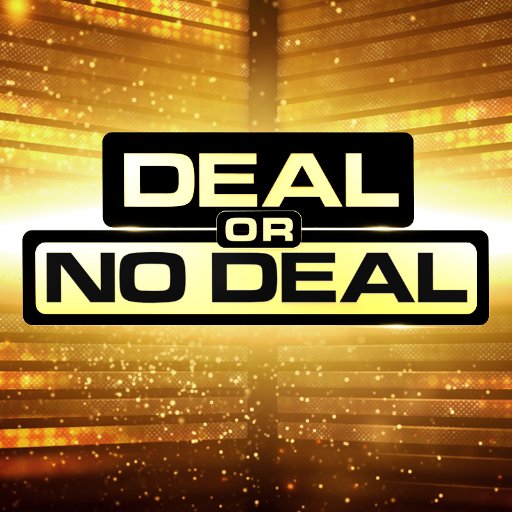 So when is a deal, not a deal? When Donald Trump says it isn’t. And yet, Ukraine got it’s US$400,000,000 help from the United States, after Zelensky agreed to talk with Rudy Giuliani. Trump had halted the payment prior to this conversation.

Now the ‘whistleblower complaint’ has been published and the two transcripts dovetail in all important details.

And now the Democrats in Congress are using this telephone call as the ‘smoking gun’ to impeach Trump.

Trump: What? Over a phone call? (or words to that effect…)

Strange, isn’t it? What one thinks is just an innocent telephone conversation could actually bring down a President. Nixon would have been so pleased.

I am an Astrologer who also writes about world events. My first eBook "At This Point in Time" is available through most on-line book stores. I have now serialized my second book "The Star of Bethlehem" here. And I am experimenting with birth and death charts. If you wish to contact me, or request a birth chart, send an email to cdsmiller17@gmail.com
View all posts by cdsmiller17 →
This entry was posted in history, paranoia and tagged elections, intentions, master of the deal, politics, Presidency, rivalry, secrets, United States history. Bookmark the permalink.

1 Response to Trump: “There was no ‘quid pro quo'”