This is the final book lent to me by my son, Derek. The other three I have already reviewed. This one seems the most difficult to comprehend, and yet, once you grasp the concept, it’s easy.

As this book is made up of a series of lectures, some of which come from 1905, the ideas contained therein are ‘revolutionary’, to be sure. At least they were, more than 100 years ago. Now, we have more awareness of different dimensions.

And now we come to the fifth dimension. You might say that this dimension must have another boundary that is perpendicular to the fourth dimension. We saw that the relationship between the fourth dimension and the third is similar to the relationship between the third and second dimensions. It is more difficult to imagine the fifth dimension, but once again we can use an analogy to give us some idea about it. How does any dimension come about? When you draw a line, no further dimensions emerge as long as the line simply continues in the same direction. Another dimension is added only when you imagine two opposing directions or forces that meet and neutralize at a point. The new dimension arises only as an expression of the neutralization of forces. We must be able to see the new dimension as the addition of a line in which two streams of forces are neutralized. We can imagine the dimension as coming either from the right or from the left, as positive in the first instance and negative in the second. Thus I grasp each independent dimension as a polar stream of forces with both a positive and a negative component. The neutralization of the polar component forces is the new dimension.

Taking this as our starting point, let’s develop a mental image of the fifth dimension. We must first imagine positive and negative aspects of the fourth dimension, which we know is the expression of time. Let’s picture a collision between two beings for whom time is meaningful. The result will have to be similar to the neutralization of opposing forces that we talked about earlier. When two four-dimensional beings connect, the result is their fifth dimension. The fifth dimension is the result or consequence of an exchange or neutralization of polar forces, in that two living things who influence each other produce something that they do not have in common either in the three ordinary dimensions of space or in the fourth dimension, in time. This new element has its boundaries outside these dimensions. It is what we call empathy or sensory activity, the capacity that informs one being about another. It is the recognition of the inner (soul-spiritual) aspect of another being. Without the addition of the higher, fifth dimension — that is, without entering the realm of sensory activity — no being would ever be able to know about any aspects of another being that lie outside time and space. Of course, in this sense we understand sensory activity simply as the fifth dimension’s projection or expression in the physical world. 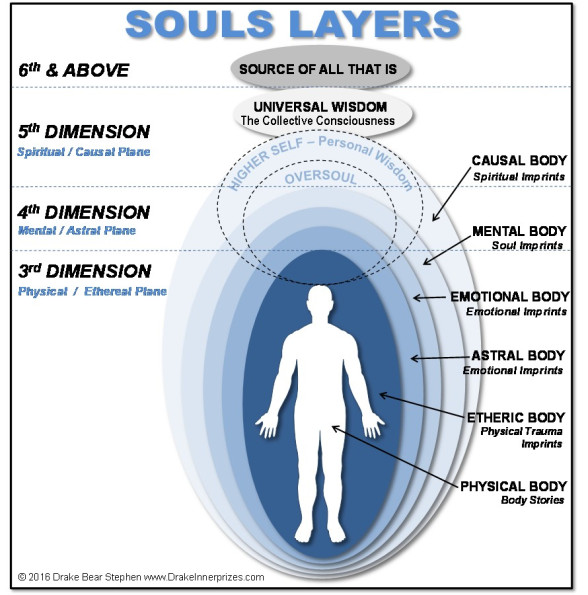 Lately, there’s been a lot of chatter about Ascension and our moving into the Fifth Dimension. I suspect that most New Age individuals are not conversant with what that really means. It seems to me that some of us are already there. But the work’s not over until everyone becomes “Self-aware”.

That’s why I write these blogs. Call them: my little hints…

I am an Astrologer who also writes about world events. My first eBook "At This Point in Time" is available through most on-line book stores. I have now serialized my second book "The Star of Bethlehem" here. And I am experimenting with birth and death charts. If you wish to contact me, or request a birth chart, send an email to cdsmiller17@gmail.com. (And, in case you are also interested, I have an extensive list of celebrity birth and death details if you wish to 'confirm' what you suspect may be a past-life experience of yours.) Bless.
View all posts by cdsmiller17 →
This entry was posted in reviews, Science and Mathematics, spirituality and tagged alchemy, sacred geometry, spatial concepts, time, writing. Bookmark the permalink.

5 Responses to It’s About Time…