It’s not often a movie kills off its hero within the first 3 minutes and 20 seconds. But, I suppose, David Lean couldn’t have done anything less than that, since most people knew T.E. Lawrence by his heroics in the Great War.

This motorcycle accident looms large, and Lawrence never recovered from it, dying 6 days later after being in a coma. That qualifies as his ‘exit’ point as far as my work is concerned. 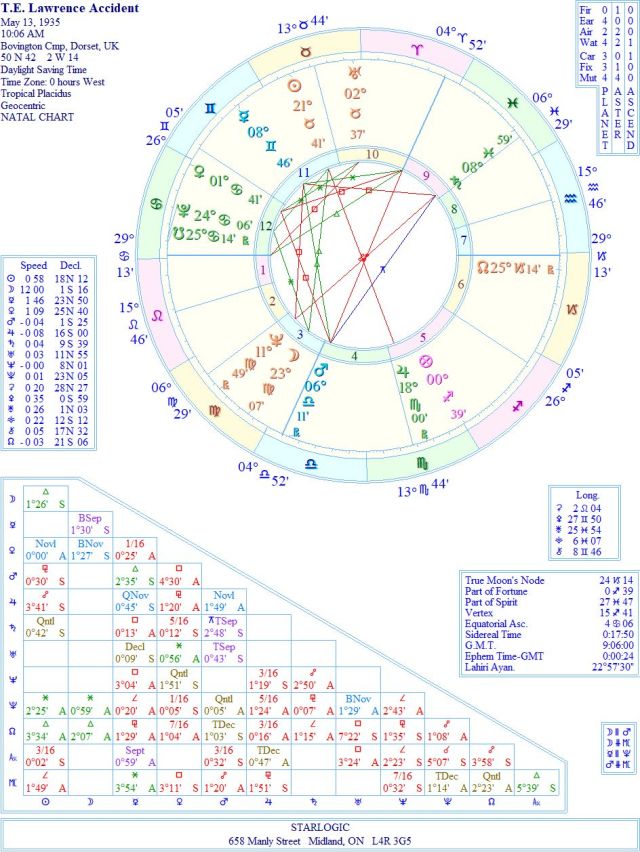 The only timing detail I could find was that he was returning from Bovington Camp, Dorset, on the morning of May 13, 1935. So, I opted for 10 am, and then tweaked the timing to make a point. There is one inconjunct: as you would expect it involves Mars (accidents) and Saturn (death).

This can be a difficult aspect because it signifies a conflict between you sense of responsibilities and your desire to fulfill your own needs and do what you want. This leads to a struggle within you that may keep you from acting decisively. Instead of deciding what you will do, you feel caught between these two forces, wondering whether you have the right to do what you want. You may feel that others are trying to frustrate you, but it is only our own indecisiveness that is causing the trouble. Sometimes this conflict makes you very irritable and resentful about nothing in particular. Then, when someone happens to act in a way that is obviously annoying, you focus all your built-up anger on that person.

If you repress these energies, they may turn against you and be expressed as illness or accidents. 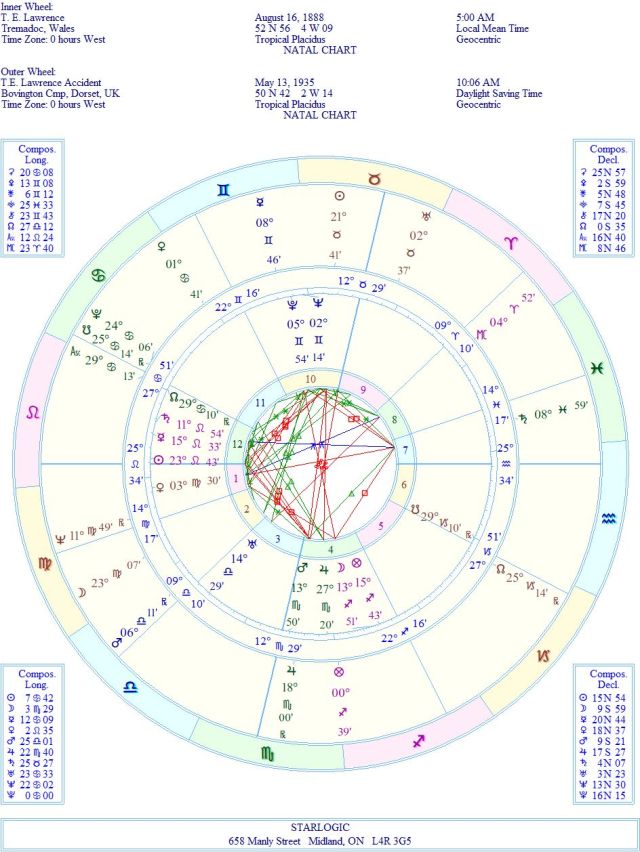 I think I have the correct timing of this accident: the North Node in Lawrence’s natal chart is @ 29º Cancer 10′. The Ascendant of his ‘event’ chart is almost exactly conjunct.

And, his ‘natal’ position of Venus is inconjunct the ‘event’ Midheaven. [We never did discuss his emotional inclinations, although by his own writings, he states that he suffered a sexual humiliation at age 28 at the hands of a Turkish Bey and this may have scarred him for life.]

All in all, I can imagine that he was perhaps grateful for his death, as now he could spend eternity in repose. 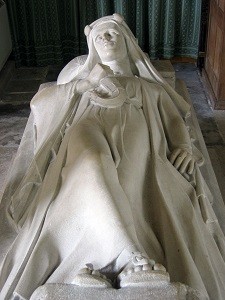 I am an Astrologer who also writes about world events. My first eBook "At This Point in Time" is available through most on-line book stores. I have now serialized my second book "The Star of Bethlehem" here. And I am experimenting with birth and death charts. If you wish to contact me, or request a birth chart, send an email to cdsmiller17@gmail.com
View all posts by cdsmiller17 →
This entry was posted in history, spirituality and tagged accidents, astrology, heroes, motorcycle, movies. Bookmark the permalink.