Cosmos and Psyche: Intimations of a New World View

Have you ever wondered why certain types of historical events seem to recur on a fairly frequent basis? This book explains it in a way that makes sense of the whys and wherefores.

The Transformation of the Cosmos 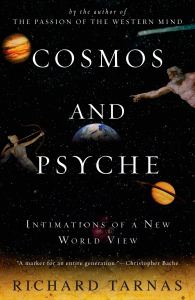 Before the scientific age dawned, Man was at the centre of the Universe. Then Copernicus decided that the Sun was the centre of our local solar system and not the Earth, and Man became alienated with the Cosmos (according to the author Richard Tarnas). But, at the time, the scientists saw it all so differently.

Tarnas quotes Kepler: “Now, since the dawn eighteen months ago, since the broad daylight three months ago, and since a few days ago, when the full Sun illuminated my wonderful speculations, nothing holds me back. I yield freely to the sacred frenzy; I dare frankly to confess that I have stolen the golden vessels of the Egyptians to build a tabernacle for my God far from the bounds of Egypt. If you pardon me, I shall rejoice; if you reproach me, I shall endure. The die is cast, and I am writing the book — to be read either now or by posterity, it matters not. It can wait a century for a reader, as God himself has waited six thousand years for a witness.”

In those days, scientists were much more in tune with religious thought. In fact, as is shown by the above passage, Kepler felt this breakthrough was a divine revelation.

Because mankind had an ego-centric point of view about the Cosmos, the thought was that Man could influence the God(s) and that made life bearable. When the rug was pulled out from under his feet, Man felt that the Universe had turned into a mechanistic, non-caring entity, thereby removing Man’s ability to effect change. In other words, God was dead.

Science then became the new religion. Science could explain all. Who needed a God when Man could use his Reason to comprehend the workings of the Universe? Now, instead of being part of the All, we could stand apart from it and observe what was happening. 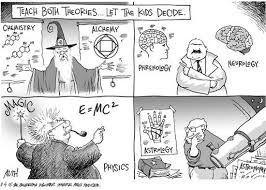 That change was the reason that Astronomy became the primary scientific focus and Astrology got relegated to a pseudo-science. But we then began to neglect our primary connection to the Universe: As above, so below.

In the book Mysticism and Science: A Call for Reconciliation, the author, S. Abhayananda, suggests: “Though Tarnas is clearly an exception, there is a tendency among many of the purveyors of the newly formulated synchronistic world-view to omit or entirely dismiss the concept of an ultimate intelligent Cause, immanent within Its own creation. Acausal connections within the Whole do not eliminate the requirement of a Cause for the Whole itself. We must not simply take the ‘implicate order’ to be an independent a priori substratum. There is a supreme ruler from whom the implicate order derives, who generated the universe and set it in motion, who is its efficient and its material Cause as well as its underlying order, and who permeates every particle of the Whole.”

Tarnas’s triumph is that he then takes the cycles and aspects between the slower-moving planets in our solar system, and demonstrates how their energies are reflected in political and social upheavals that have been regularly recurring since the mid-18th century. 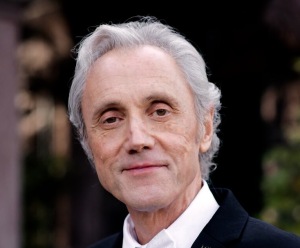 The blurb on the back cover of the book sums it up the best: “In Cosmos and Psyche. distinguished philosopher and cultural historian Richard Tarnas demonstrates the existence of an astonishingly consistent correspondence between planetary alignments and the archetypal patterns of human history and biography. Based on thirty years of meticulous research, this brilliant book points to a radical change in our understanding of the cosmos, shining new light on the drama of history, and on our own critical age. It opens up a new cosmic horizon the reunites science and religion, intellect and soul, modern reason and ancient wisdom.”

I heartily recommend this book if you wish to gain an understanding of the reasons behind the stories we watch on the daily news. It all makes so much more sense than the idea that this is a clock-work Universe and humans act in a random fashion.

As above, so below.

I am an Astrologer who also writes about world events. My first eBook "At This Point in Time" is available through most on-line book stores. I have now serialized my second book "The Star of Bethlehem" here. And I am experimenting with birth and death charts. If you wish to contact me, or request a birth chart, send an email to cdsmiller17@gmail.com. (And, in case you are also interested, I have an extensive list of celebrity birth and death details if you wish to 'confirm' what you suspect may be a past-life experience of yours.) Bless.
View all posts by cdsmiller17 →
This entry was posted in history, reviews and tagged allegory, astrology, history. Bookmark the permalink.

2 Responses to Cosmos and Psyche: Intimations of a New World View