While researching Edgar Cayce’s life, I came across a curious web page on the internet. What made it interesting was the fact that the page explained why David Wilcock was sure that he was the reincarnation of Edgar Cayce. Far-fetched? You be the judge.

There is a part of Astrology that I have been working on for a number of years now: an individual’s death chart. Last summer, we saw the ‘perfect storm’ that had caused Robin Williams to take his own life.

As this was the first time that I’d had a ‘known’ death chart, I did what you’d expect: I compared the birth chart to it and drew some obvious conclusions.

But this was only half the information that could be gleaned, and because Robin’s death was so recent, there was no way to go beyond what was indicated.

The Star of Bethlehem vi

Years ago, I read the above-noted book and found his theory about using the birth chart as a way to highlight life events fascinating. In fact, it seems to answer the question ‘Is it possible to accurately predict when something may happen to an individual?’ The answer is a resounding ‘Yes!’ In fact, when Astrologers ‘rectify’ a birth chart, they are using the concept as a way to ‘correct’ an unknown birth time.

To completely understand the importance of the idea, take a look at the copy of page vi from the Introduction of my manuscript The Star of Bethlehem.

At This Point in Time 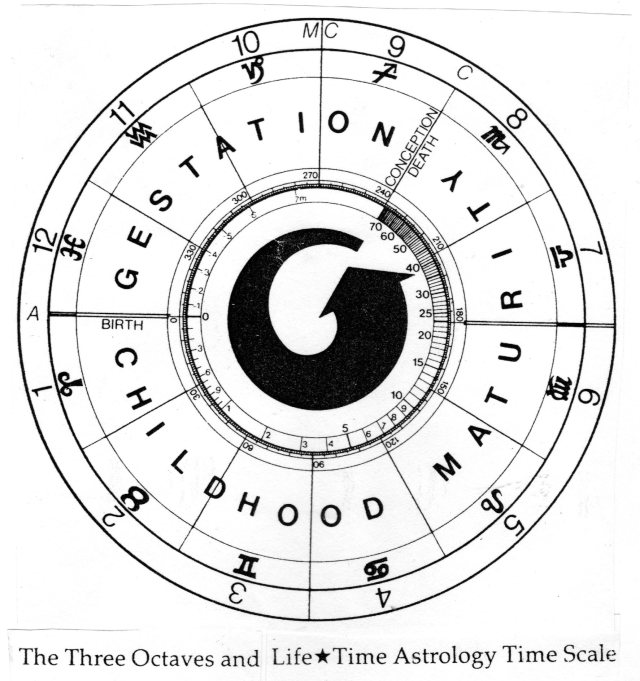 In the attached photo is the birth chart as represented by Mann in his books. The conception point for the birth chart of a new incarnation is effectively the death point of the past life, the 9th House cusp.

The reason that this has not been ‘proven’ is that we have not had a birth chart and death chart of a single entity split into two different lives. In other words, the proof of reincarnation. Until now… 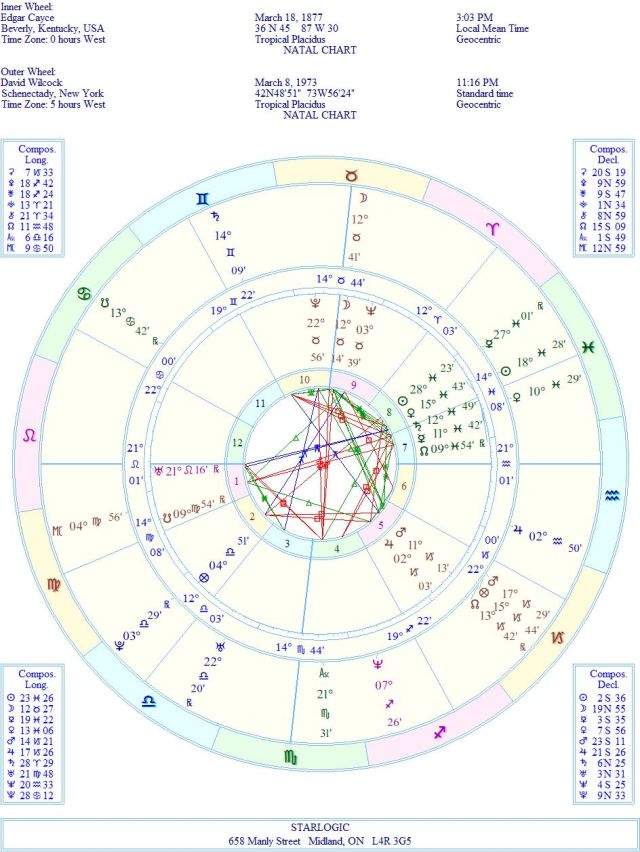 By his own admission, David Wilcock grew up not realizing consciously that he could be Edgar Cayce reincarnated. Preposterous as this may sound, the connections are overwhelming and can be found on his page Introduction to the Wilcock / Cayce / Ra Connection.

At first I was intrigued, but skeptical. Then I did a comparison of their birth charts as David had suggested in his piece. Take a look for yourself: the connections are visible.

But it wasn’t until I compared David Wilcock’s birth chart to Edgar Cayce’s death chart that the whole thing then made perfect sense, at least to me.

The clincher for me was the Cayce comparative entry at David’s conception point (the 9th House cusp of 27 Cancer 54′). It is the death chart’s Ascendant. It was the first time I had ever seen the connection ‘for real’, as they say.

Now, I have no doubt that David Wilcock is the reincarnation of Edgar Cayce.

This is a good thing. The world mourned the loss of Edgar Cayce in 1945. Now we can rejoice that he’s back. Welcome to the Work, David.

I am an Astrologer who also writes about world events. My first eBook "At This Point in Time" is available through most on-line book stores. I have now serialized my second book "The Star of Bethlehem" here. And I am experimenting with birth and death charts. If you wish to contact me, or request a birth chart, send an email to cdsmiller17@gmail.com. (And, in case you are also interested, I have an extensive list of celebrity birth and death details if you wish to 'confirm' what you suspect may be a past-life experience of yours.) Bless.
View all posts by cdsmiller17 →
This entry was posted in history, reviews, spirituality and tagged astrology, prophecy, reincarnation. Bookmark the permalink.