Victoria, from our Faith and Science group, passed out some copies of this book which she bought at Dollarama. That was slightly more than two weeks ago. I’ve been reading it ever since.

She never said why she was sharing this book with us, but I suspect it had to do with the current book we’re studying: The New Revelations by Neale Donald Walsch. Almost immediately, we got bogged down in a discussion about who Walsch was claiming to be having a ‘conversation’ with.

Whether it’s God, the Holy Spirit, Jesus Christ, or Walsch’s higher being, no one can say for certain. Even Walsch may not really know.

(From the flyleaf:) Rob Bell is a bestselling author and international teacher and speaker. His books include the New York Times bestsellers Love Wins, Velvet Elvis, Sex God, Jesus Wants to Save Christians, Drops Like Stars, and the forthcoming The Zimzum of Love with his wife, Kristen Bell. In 2011, he was named one of TIME magazine’s 100 most influential people. He and Kristen have three children. Visit the author online at www.robbel.com.

“The truth is, we have a problem with God. It’s not just a problem of definition — what is it we’re talking about when we talk about God? — and it’s not just the increasing likelihood that two people discussing God are in fact talking about two extraordinarily different realities while using the exact same word.

“This problem with God goes much, much deeper. I’ve written this book about that word, then, because there’s a growing sense among a growing number of people that when it comes to God, we’re at the end of one era and the start of another, an entire mode of understanding and talking about God is dying as something new is being birthed.”

New York Times bestselling author Rob Bell does for the concept of God what he did for heaven and hell in his book Love Wins: he shows how traditional ideas have grown stale and dysfunctional while pointing the way for how we can return vitality and vibrancy to our lives of faith today. 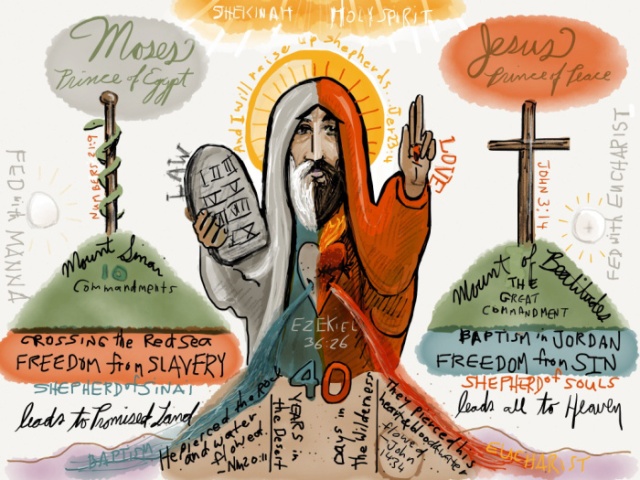 It is one of the most fascinating of contrasts: Old vs New.

Rob Bell tackles this head-on by explaining that God is always trying to meet us where we are and then leading us forward to what we can become.

When we talk about God, we’re talking about that sense you have — however stifled, faint, or repressed it is — that hope is real, that things are headed somewhere, and that that somewhere is good.

When I read this book right after Hal Lindsey’s Satan is Alive and Well on Planet Earth, I felt peace come over me, again. I felt God’s grace, again.

The difference between their two styles of writing is that one was trying to warn us about the Devil, the other is embracing everything as being according to God’s Plan. The Old vs New again.

I am not going to bang on about what Bell wrote in this treasure of a book. The more important thing is that it brings us a way to understand what the whole point of God actually is.

His stories are heart-felt, his wisdom is evident, and his tone is gentle.

I would recommend this book to anyone who wants to renew their faith. It certainly did mine.

I am an Astrologer who also writes about world events. My first eBook "At This Point in Time" is available through most on-line book stores. I have now serialized my second book "The Star of Bethlehem" here. And I am experimenting with birth and death charts. If you wish to contact me, or request a birth chart, send an email to cdsmiller17@gmail.com
View all posts by cdsmiller17 →
This entry was posted in reviews, spirituality and tagged Bible, Christianity, God, Jesus Christ, quantum physics, religion. Bookmark the permalink.