It’s the End of the World… 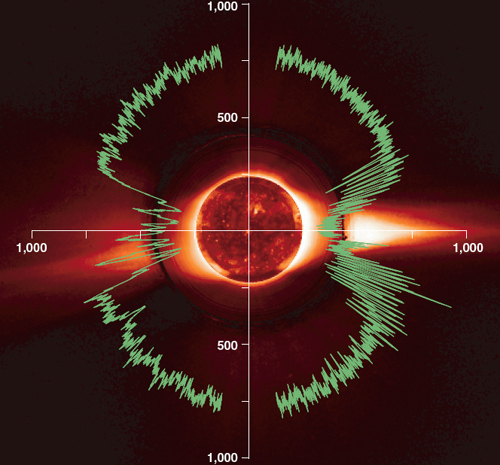 As We Know It

The image shown above is the closest approximation of what I dreamt about last night.

The lead up to the solar event was probably inconsequential to what happened, but I will share a bit of it so that it has some context.

As an undercover agent, I was keeping my eye on an unknown establishment that had popped up on the edge of the main street in the town where I lived. But spying on them from a distance wasn’t yielding very much information, so it was suggested by my supervisor that I infiltrate the building by applying to work there. This I did.

The establishment seemed to be a little shady in its operation, until I worked there. Then I understood that it was catering to peoples’ needs to help heal them. Refreshments (food and drink), entertainment (movies and music), and healing rooms (for different therapies) were offered. I wasn’t exactly clear what my duties were, but that I needed to work the evening shift, followed by the early morning shift. “When would I sleep?” I wondered. Then partway through that first shift, three earthquakes occurred.

At home, later, I told my wife that I was thinking about not going in to work the next day. When we got up, in the morning, the sun was in its usual place in the sky. Out of the corner of my eye, I saw this jagged zigzag aurora around the sun, coloured a glorious golden hue. As I didn’t have my mobile phone with me, I ran to my room to get my camera.

I hadn’t taken more than a minute to retrieve the camera, and by the time I got outside to snap a picture, the sun had moved across the sky to a different position and had returned to ‘normal’. From its original place to the new position was a 90º arc. That seemed impossible. Had the time suddenly changed, or something? The time difference would have been about six hours later.

Nevertheless, I decided to show up for work anyway, even though I would have been very late. As I walked into the office, I saw it was full of the usual staff and some copier technicians. They were all upset because the copy machines wouldn’t work. Why? Because they’d been updated the night before and three new ‘keys’ had been given to me for safekeeping. Sheepishly, I fetched them out of my pocket and handed them over.

Then I explained to the owner that I wouldn’t be continuing on in their employment. He commented on the fact that I seemed a loner, as I hadn’t sung along with the music the previous night. With that, I woke up. 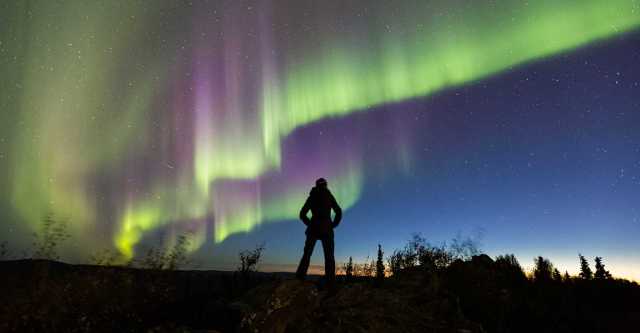 In this part of the world, the Northern Lights are a fairly common sight. But they only come out at night. The image of an golden aurora around the sun is highly unusual, especially in the daytime.

With the coincidence of those three earthquakes the night before, in my dream, I should have been alerted to something coming. The indication, now, in my waking moments, is that I may have witnessed the end of the world as we know it…

But I feel fine.

I am an Astrologer who also writes about world events. My first eBook "At This Point in Time" is available through most on-line book stores. I have now serialized my second book "The Star of Bethlehem" here. And I am experimenting with birth and death charts. If you wish to contact me, or request a birth chart, send an email to cdsmiller17@gmail.com. (And, in case you are also interested, I have an extensive list of celebrity birth and death details if you wish to 'confirm' what you suspect may be a past-life experience of yours.) Bless.
View all posts by cdsmiller17 →
This entry was posted in paranoia, personal and tagged dreams, earthquakes, end of the world, New World, spirituality, Sun, time travel. Bookmark the permalink.

1 Response to It’s the End of the World…