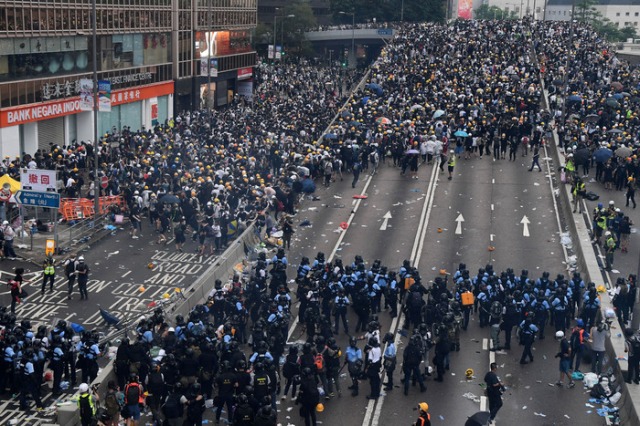 My friend, Christina, alerted me to an upcoming celestial event which involved Saturn and the Moon. She asked me if it had any special significance. Since the Moon circles the Earth every 28 days or so, I couldn’t answer her right away, mainly because it happens all the time.

So I created a chart for the very next time: 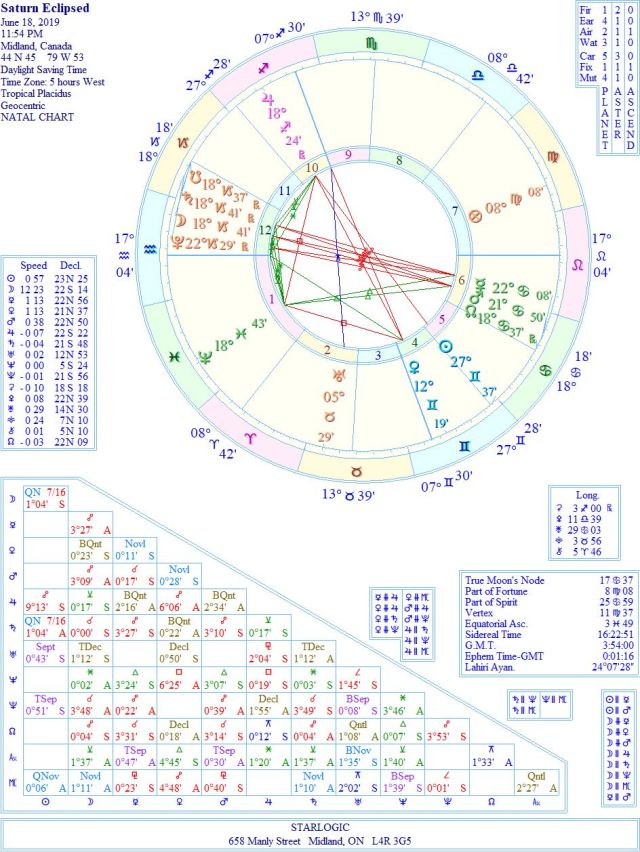 My initial thought was that people were becoming emotional about government controls. That made me connect to the present situation in Hong Kong, where the population are protesting a new law to allow extradition of suspected criminals to mainland China.

Of itself, this seems a reasonable law, until you remember that China often accuses individuals of breaking the law in order to arrest and detain them, sometimes without a basis to the accusation. Two Canadians are presently locked up in China, in retaliation for Canada’s part in the arrest of Meng Wanzhou on behalf of the United States. So, the citizens of Hong Kong may be right to object to this new law. The vote for the adoption of this law has been postponed until early next week.

But what caught my astrologer’s eye was Pluto lurking within three degrees of this Moon-Saturn ‘eclipse’. In her message to me, Christina mentioned that this event would be repeated once a month for the next six months. That’s where my spidey sense started to see what was actually happening here: war!

Saturn-Pluto cycles are quite regular. Here is a snapshot from the book Cosmos and Psyche by Richard Tarnas. 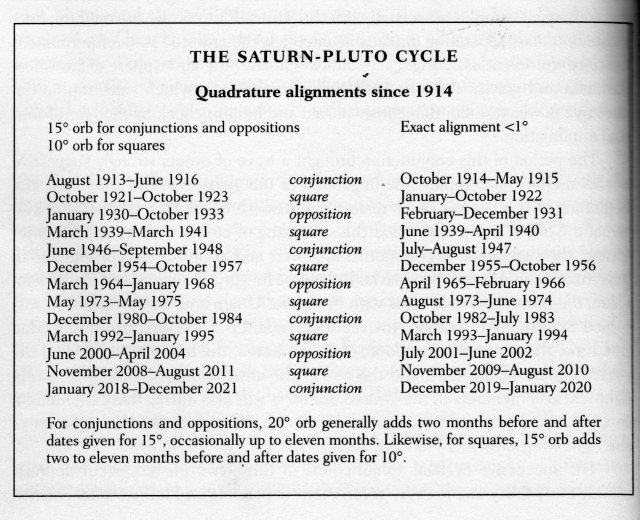 Please note that the last ‘significant’ event involving an aspect between Saturn and Pluto was 9-11. And look how that one turned out…

So, the implication is that war will break out somewhere in the world between December 2019 and January 2020. I expect it will involve Iran, since the sabre-rattling has been on show from that quarter lately.

You heard it here, first.

I am an Astrologer who also writes about world events. My first eBook "At This Point in Time" is available through most on-line book stores. I have now serialized my second book "The Star of Bethlehem" here. And I am experimenting with birth and death charts. If you wish to contact me, or request a birth chart, send an email to cdsmiller17@gmail.com
View all posts by cdsmiller17 →
This entry was posted in history and tagged 911, astrology, China, Hong Kong, predictions, war. Bookmark the permalink.