Anachronism: Ahead by a Century 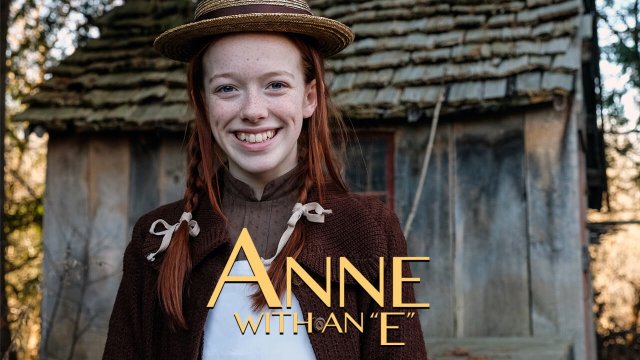 The opening theme song, by The Tragically Hip, should have been a clue from the very beginning of this series.

We are being taken down a dark path of this nation’s past, with story lines that were never featured in the original books, as far as I can remember, anyway. (But I have to admit that it’s been 60 years since I read them.)

So, I’m finding the going a bit rough, to say the last.

Is Anne Trying to Heal Our Divisions?

There are soooo many examples of cultural fear and prejudice in this season, I’m beginning to think that the whole point of the exercise is to exorcise our ‘nasty’ history.

Anne Shirley-Cuthbert is an orphan. That’s a hard place to start in life, and it seems that she doesn’t know if her parents gave her up, or they died, when she was three months old. So her journey has been about finding out where she comes from and if she might have family still around.

The downside is that Marilla and Matthew, who have adopted Anne, are afraid that she will reject them when she discovers her true heritage.

The Colour of One’s Skin

Gilbert Blythe brought home his new ‘bro’ Sebastian Lacroix (“Bash”), after working with him on a ship to Jamaica and back. Trouble is Bash has black skin and doesn’t seem to fit in with Avonlea sensibilities. So he goes to Charlottetown and visits the “Bog” to meet his own kind. There he makes the acquaintance of Mary, whom he subsequently marries, and they have a daughter, Delphine.

Gilbert has them all live with him in his family home, but his neighbours are disturbed by these newcomers.

Cole Mackenzie is a shy boy. He’s tall and good-looking, but not very ‘macho’. The other boys bully him mercilessly and even his teacher has a problem with his gentleness (pot calling kettle black). In the end, Cole leaves school and lives with Diana’s great aunt in Charlottetown, where he can work with his clay models as much as he wants.

And Diana’s great aunt is also gay, having just lost the love of her life, so they become family.

The new teacher, Muriel Stacy, is an independent woman. This doesn’t sit well with the moral arbiter of the village, Rachel Lynde. She doesn’t want a mature single woman living and working there, as she may be too much of a temptation for the married men. So Rachel is trying to play matchmaker, much to Muriel’s chagrin.

Muriel’s back story is that she once loved a very adventurous man, and isn’t looking to replace him. She provides a very interesting role model for the girls at school, especially Anne.

Anne’s best friend, Diana Barry, is bored with her ‘proper’ life. She longs for adventure and the ‘other’ side of life. One day, she accompanies their family servant on a shopping trip to town. When one of the shops is unexpectedly closed, they visit an Acadian family for provisions. The extreme differences between Diana’s home life and the family of the Cuthbert’s hired hand, Jerry Baynard, couldn’t have been more pronounced. But the fact that Diana could speak French didn’t hurt.

Mr and Mrs Barry came for their daughter when it got dark, but the look of pleasure on Diana’s face was testament to the enjoyment she’d experienced there.

Marilla Cuthbert is a very proud and upright woman. But, when Bash’s wife, Mary, dies, Marilla puts away her misgivings in order to help take care of the Lacroix’ baby, Delphine. After a series of spillages and breakages, Marilla takes the baby with her to the shops to buy more supplies. There she is met with some social condemnation for her association with Bash. Even the shopkeeper is harsh to her. On leaving the shop, she is assisted by Muriel, who reminds her that love needs to be spoken out loud.

This softens Marilla’s heart towards Anne, with whom she has been especially tough in the last little while. They apologize to each other and embrace.

This one seems the hardest to watch. Ka’kwet, a M’ikmaq girl of about Anne’s age and her recent friend, has been ‘offered’ a place at a residential school in Charlottetown. She persuades her parents that it would be a good thing to learn the White Man’s ways so that she can succeed in that world. What she doesn’t know, but we do, is that this will not be a pleasant experience. In fact, Hannah, as she is now called, will suffer badly for choosing that path. (I subsequently discovered that P.E.I. is one of three provinces that never had residential schools. The other two provinces are New Brunswick and Newfoundland/Labrador.)

The sight of a lock being placed on the front door is really all anyone would need to see to understand the severity of the treatment of native Canadians at the hands of the nuns and priests.

The producers of this series are using the past as lessons for this day and age. But are we listening, are we watching?

The divisions in Canadian society seem too wide a gulf to heal. But Anne with an “E” is demonstrating that it should be possible if we could only open our hearts to each other.

I am an Astrologer who also writes about world events. My first eBook "At This Point in Time" is available through most on-line book stores. I have now serialized my second book "The Star of Bethlehem" here. And I am experimenting with birth and death charts. If you wish to contact me, or request a birth chart, send an email to cdsmiller17@gmail.com
View all posts by cdsmiller17 →
This entry was posted in reviews, showbusiness and tagged ancestry, bullying, Canada, Canadian, CBC, native canadians, Netflix, orphans, PEI, prejudice, television. Bookmark the permalink.

2 Responses to Anachronism: Ahead by a Century