Jesus in Revelation said, “I am the Alpha and the Omega, the Beginning and the End.” What could he be meaning when he says that? Was he Adam in the beginning? Perhaps.

In a book called Many Happy Returns: the Lives of Edgar Cayce, the author, W.H. Church, postulates a theory upon the “Life Readings” of America’s ‘Sleeping Prophet’ that Adam (Jesus’ first physical life) arrived in Eden during the Age of Virgo, implying that the procession of the Astrological Ages will culminate in the Age of Libra.

In the sign of Virgo, Bullinger {in his obscure book, The Witness of Stars} shows that the name of this sign in Hebrew is Bethulah, which means “a virgin,” and in the Arabic, “a branch.” This introductory theme is skilfully developed with numerous biblical quotations, moving on to celestial facts. For instance, the first constellation in Virgo is Comah, meaning “the desired,” or “the longed for.” The more ancient zodiacs, Bullinger tells us, pictured this constellation as a woman with a child in her arms… In fact, in more precise symbolic terms, we learn that the Egyptian name for the constellation of Comah was Shes-nu, which translates “desired son.” Next, in the constellation of Boötes {the Shepherd} (we are still in the sign of Virgo), golden Arcturus is interpreted as meaning “He cometh,” alluding to the Christ… Finally, then: If Cayce foresaw the Age of Libra (circa A.D. 10,641 to 12,800) as our ultimate destination, does this mean that Adamic man will reach his final fulfillment and spiritual regeneration in that age of judgment?

I am Alpha and Omega

He who was seated on the throne said, “I am making everything new!” Then he said, “Write this down, for these words are trustworthy and true.” He said to me: “It is done. I am the Alpha and the Omega, the Beginning and the End.” (Revelation 21:5-6a) 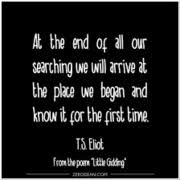 In Jung and the Lost Gospels, Stephan A. Hoeller quotes from the Gospel of Thomas: The disciples said to Jesus: Tell us how our end will be? Jesus said:Have you found the beginning so that you ask about the end? For where the beginning is, there will be the end also. Blessed is he who shall stand at the beginning and he shall comprehend the end and he shall not undergo death. (18)

The meaning of death presents one of the great haunting questions of human life. Jesus tells us here that death, the end, ought to be viewed not as an isolated phenomenon but as part of a process.

If they say to you: “From where are your origins?” say to them, “We have come from the Light, where the Light has begun through itself”… If they say to you: “Who are you?” say: “We are his children and we are the chosen of the Living Father.” If they ask you: “What is the sign of your Father in you?” say to them: “It is a movement and a quiet.” (50)

This is a most important saying inasmuch as it deals with the definition of the identity of the Gnostic disciple. The Gnostic knows that he originates in the fullness, where the supreme light of primordial divinity dwells. The elect are those who know themselves as emanations of the supreme light. “Movement” stands for the principle of dynamic change as evidenced in becoming, realizing, living; whereas “quiet” may be taken to signify the pleromic state of equipoise. Becoming and being, out-breathing and inbreathing when balanced and consciously realized constitute the hall mark of true Gnosis within the individual.

To me, this refers to the Aries-Libra axis of the horoscope, Aries being dynamically active, and Libra being quietly balanced. Their respective rulers, Mars and Venus, when combined represent all of humanity, male and female. If the “number” of Mars is 4 and Venus is 5, then the two values combine to make 9, the number of “pregnancy and death”, in other words, dynamic “movement” and equipoise “quiet”. The number 9 is also considered the mystic’s number, as evidenced by the ninth card of the TAROT, the hermit. In addition, 9 x 9 = 81 gives the reflection of 18, Isis’ active principle.

According to David Wood in Genisis, 81 is necessary for proper “understanding”: The reflection of the active principle of Isis — a number which established the law and order of the origin of numbers. It acts upon the cardinal points of the circular compass representing space to produce the ‘building blocks’ of the language of the gods.

The significance of this to the people who devised it is obvious, particularly of the last expression. The system will not produce 9, which signifies death. The reciprocal of 81 is 123456790, — 8 is missing, for the reflection of Isis cannot reflect her body.

In Isis Unveiled, H.P. Blavatsky wrote: The Egyptian hierophant was given a square head-dress, which he had to wear always, and a square, without which he could never go abroad. The perfect Tau formed of the perpendicular (descending male ray, or spirit), a horizontal line (or matter, female ray), and the mundane circle was an attribute of Isis, and, it is but at his death that the Egyptian cross was laid on the breast of his mummy.

A “movement” (|) and a “quiet” (—), in a circle, combine to make the symbol of Earth, the tenth position on the Tree of Life of the Kabbalah; the 1 and 0 of the binary number system which we use to signal “on” and “off” in electricity {and computer programming}. All this proves that when you mix “masculine” Spirit (positive) into “feminine” Matter (negative) you get a positive result in this three-dimensional world: Intelligent Life. So Jesus’ Ascendant, being Libra, implies just that. But his life is still an enigma, the subject of our next chapter.

Linked pages: Star: Chapter Three – The Ascendant: The Star of the Magi (part 1)
Yo! Brother…

Picture credits:
I am Alpha and Omega courtesy of versaday.com;
At the End courtesy of blog.zerodean.com;
Isis courtesy of en.wikipedia.org;
Earth Symbol courtesy of universetoday.com