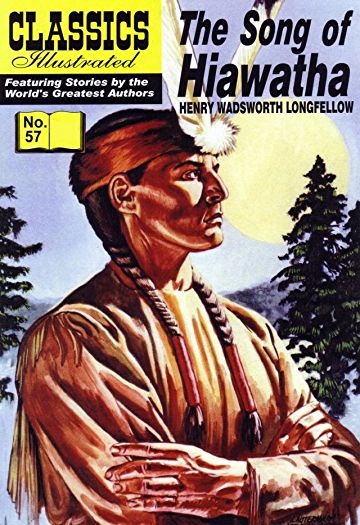 The Song of Hiawatha

This is how I first read about Hiawatha, through the Classics Illustrated comic book. Like Last of the Mohicans I presumed he was a literary character only. I was wrong.

Unfortunately, no one knows exactly when Hiawatha was alive, but there is a clue in legendary format that tells of an eclipse happening around the same time:

“In attempting to date the Great Peacemaker and Hiawatha, focus has come to an incident related to the founding of the Iroquois Confederacy, their lifework. One rendition of the oral history eventually written down by scholars involves a division among the Seneca nation, the last nation to join the original confederacy. A violent confrontation began and was suddenly stopped when the sun darkened, and it seemed like night.” (Wikipedia)

Two dates seem to apply: August 22, 1142 and June 28, 1451. Among scholars, the second date seems more feasible, perhaps because they cannot comprehend the Iroquois Confederacy being around for over 600 years before the Declaration of Independence. Well, I’ve looked at the charts for both those days, and the second date doesn’t have a conflict dynamic in it. The first date does, along with two obvious YODs (Fingers of God). 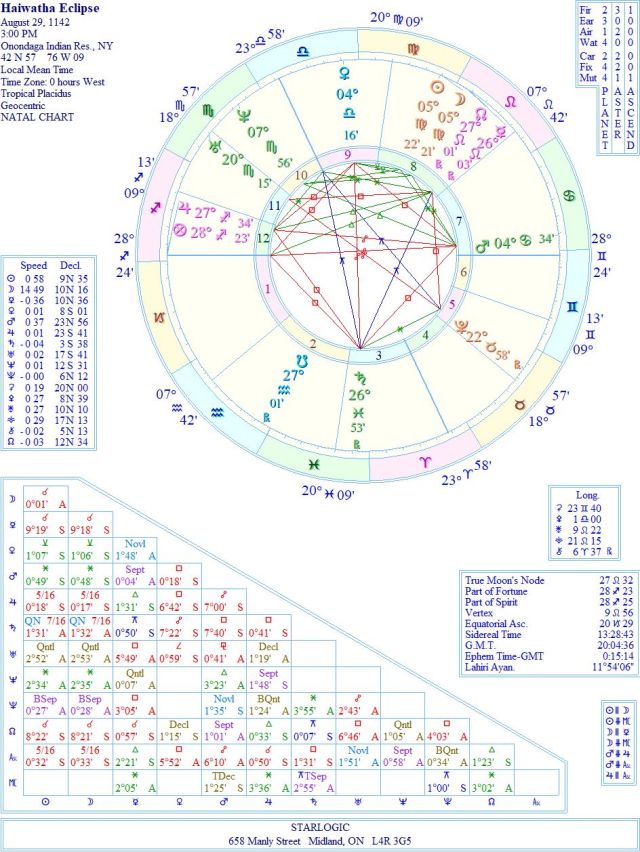 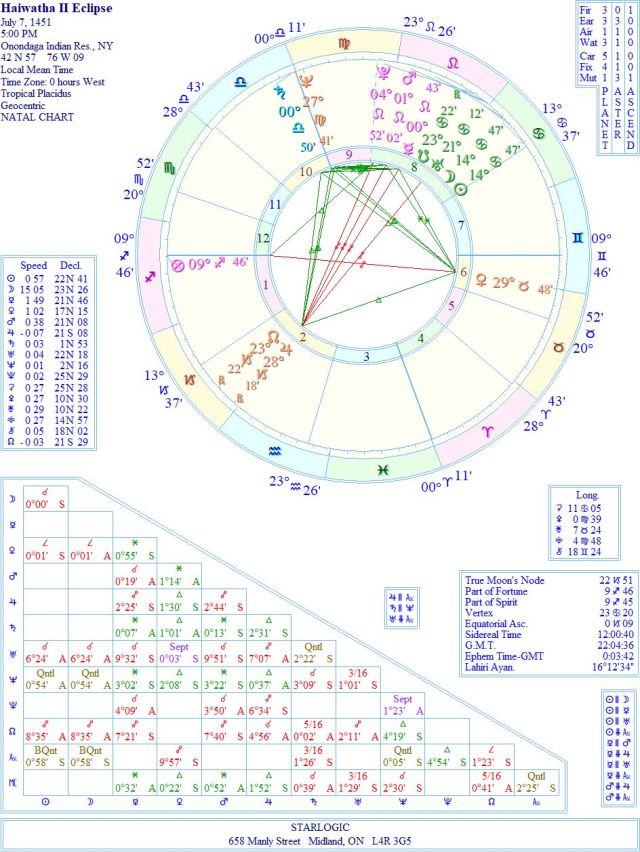 If I were a betting man, the 1142 date would be the more likely timing of Hiawatha’s life. But that really does put the cat among the pigeons, doesn’t it? The Iroquois Confederacy is rumoured to be the basis of the Government of the United States (at least a program on PBS stated that yesterday). In reality, the Republic is more like the Roman model, but that’s just splitting hairs.

Spiritual truth comes from within. Hiawatha and the Great Peacemaker brought forth an idea for the unification of warring nations. To do this, they needed the help of an native woman, Jigonhsasee, now known as the Mother of Nations among the Iroquois.

The concept of Trinity is in action here. This is the mark of the Great Spirit.

I am an Astrologer who also writes about world events. My first eBook "At This Point in Time" is available through most on-line book stores. I have now serialized my second book "The Star of Bethlehem" here. And I am experimenting with birth and death charts. If you wish to contact me, or request a birth chart, send an email to cdsmiller17@gmail.com
View all posts by cdsmiller17 →
This entry was posted in history, spirituality and tagged astrology, eclipse, native americans, United States history. Bookmark the permalink.

2 Responses to Hiawatha: Fact or Fiction?