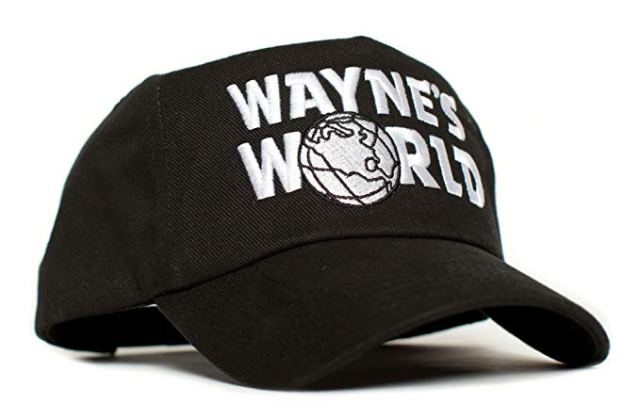 Before Mike Myers hid behind (and inside) some great inventions, like Shrek, Austin Powers, The Love Guru, and others, he was just a guy, sitting in his mother’s basement with his best friend: Wayne Campbell.

Now he’s added a cameo on Bohemian Rhapsody as Ray Foster, the music producer who would forever be remembered as the man who rejected Queen’s greatest hit.

I didn’t recognize him. As Ray, Mike hardly moved an inch, which is so unlike his normal acting style (which is frenetic). If it hadn’t been for one line of dialogue, I would not have given him a second thought.

During the pitch by Queen, after hearing the whole six minutes of “Bohemian Rhapsody”, Ray Foster says:

We need a song teenagers can bang their heads to in a car. Bohemian Rhapsody is not that song.

I laughed out loud. I immediately twigged onto the fact that it was a not-so-subtle reference to the famous video of the boys in the car, banging their heads to “Bohemian Rhapsody”. I wonder if Mike Myers wrote that line as an ad-lib.

I am an Astrologer who also writes about world events. My first eBook "At This Point in Time" is available through most on-line book stores. I have now serialized my second book "The Star of Bethlehem" here. And I am experimenting with birth and death charts. If you wish to contact me, or request a birth chart, send an email to cdsmiller17@gmail.com. (And, in case you are also interested, I have an extensive list of celebrity birth and death details if you wish to 'confirm' what you suspect may be a past-life experience of yours.) Bless.
View all posts by cdsmiller17 →
This entry was posted in showbusiness and tagged humour, irony, movies, music, television, videos. Bookmark the permalink.

1 Response to Funny, That: Mike Myers