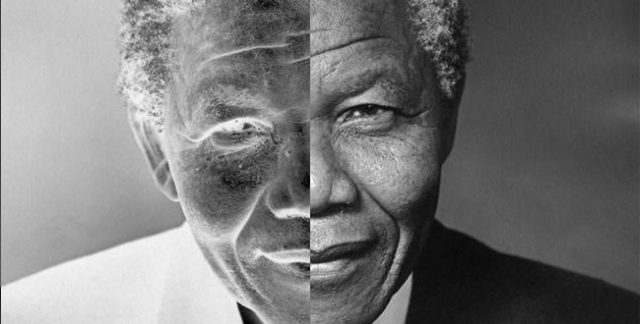 Is This a Conspiracy?

A recent X-Files episode discussed the Mandela Effect to good effect. The questions it posed and some of the outrageous answers it suggested were perfect in this day and age.

Here is that famous opening sequence with an added element:

Now, admittedly, Chris Carter probably only wanted to have a little bit of fun with this. But the question remains, why does our memory persist in certainties when nothing is known for sure?

My Own Experience With Mandela Effect

Forty-three years ago, I met my biological father for the first time. We went out for a meal. The location of this schnitzel restaurant, in my mind, was at the side of a park in Barrie, Ontario called Fred Grant Square (now Memorial Square)

Recently I joined the Facebook group “If You Grew Up in Barrie You Remember” and decided to ask them if anyone knew exactly where this restaurant might have been.

It turns out that it wasn’t at Fred Grant Square, but around the corner and up Dunlop Street towards the Five Points. It was called the Schnitzel Haus and it was exactly where the British Arms is today.

Well, that was a surprise! Susan and I have had many a good Fish ‘n’ Chips dinner at the British Arms. And all this time, I wondered why I like going there…

A different take on The Mandela Effect was demonstrated in the images of last night’s dream. A video was playing on a TV in the corner of the room. The sequence showed an animal being swarmed by bees. When I looked closely at the video box, I realized that I had a copy of this same video but from the US. The American version had been changed to minimize the swarming to a couple of bees only. In other words, it had been censored.

I know this is only a dream, so the ‘facts’ are just impressions and not ‘gospel’. And yet, this presents an interesting conundrum for observers of current history being made, even as we speak.

Every night, I watch a minimum of three newscasts: Barrie News on CTV 2, ABC’s Nightly News at 6:30, and The National on CBC. “Why bother?” some might ask. To see different perspectives of the same stories. I want to understand how our history is being shaped by the media. 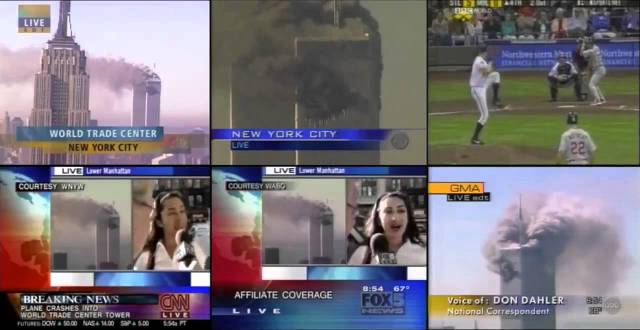 As the best example of all, take a good look at the TV screens in the picture above. Most of the live news feed of the images of the Twin Towers burning had exactly the same view, at least from the mainstream media. When the second plane ‘hit’ the second tower, there was a blacked-out blip that occurred on every single version with that view. (And it’s obvious, isn’t it? They all had exactly the same feed.)

The conspiracy theorists think this was proof that the government was involved. The theory is that They didn’t want you to see that the nose of the airplane appeared to go through the other side of the building while still intact. That would have left an unconscious impression of the plane being a holographic image. So it got censored.

So, do you really think this wasn’t an inside job? Don’t trust your memory, review the recordings.

We are poor observers at best, and our memories are even worse. We think we know what we witnessed, but in the end, nothing is known for sure.

And, just in case you’re wondering what difference it makes: you are the result of your remembered history. What if it’s wrong?

I am an Astrologer who also writes about world events. My first eBook "At This Point in Time" is available through most on-line book stores. I have now serialized my second book "The Star of Bethlehem" here. And I am experimenting with birth and death charts. If you wish to contact me, or request a birth chart, send an email to cdsmiller17@gmail.com. (And, in case you are also interested, I have an extensive list of celebrity birth and death details if you wish to 'confirm' what you suspect may be a past-life experience of yours.) Bless.
View all posts by cdsmiller17 →
This entry was posted in paranoia, personal and tagged 911, Conspiracy Theories, dreams, false memories, history, memories, psychology. Bookmark the permalink.

8 Responses to Memory: the Mandela Effect?