Message from Self: Get Some Help 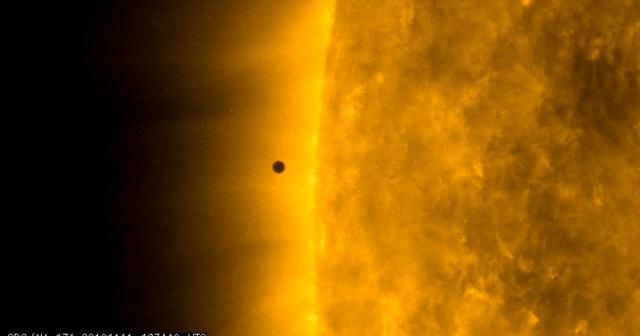 I had an interesting dream last night, which contained a visual pun (nothing new there):

My friend and I were celebrating with a lot of people at a party. We were eating pies, cakes and cookies. In other words, ‘just desserts’.

I snickered in my dream when I realized that. And then I saw behind the pun to what my unconscious was really saying: ‘just deserts’.

I have an issue with abandonment. It’s been there since I can remember. Yesterday’s post about Mark Antony had an aspect of abandonment in it, but it wasn’t visible in the movie clip. Cleopatra’s anger with him had to do with his going back to Rome and marrying Octavian’s sister. And this, after he had produced children with Cleopatra.

The Universe has a way of bringing balance back into the picture, and this was demonstrated by how their lives ended, In short, Cleopatra vacated the Battle of Actium when it looked like all was lost. In the movie, this action from September 1, 31 BCE was then telescoped into the battle at Alexandria on July 31, 30 BCE. Then Antony’s troops deserted him, and although he tried to ‘single-handedly’ fight Octavian’s army, he was denied his wish to die in battle.

Failing to escape on board a ship, he stabbed himself in the stomach upon mistakenly believing false rumors propagated by Cleopatra herself claiming that she had committed suicide. He did not die at once, and when he found out that Cleopatra was still alive, he insisted on being taken to the mausoleum in which she was hiding, and died in her arms. She was shortly afterwards brought to the palace and vainly attempted to move Octavian to pity.

Cleopatra killed herself on 12 August 30 BC. Most accounts say she put an end to her life by the bite of an asp conveyed to her in a basket of figs. Octavian had Caesarion killed later that month, finally securing his legacy as Caesar’s only ‘son’.

This sequence has always made me cry. Recriminations all round.

The Chart from Yesterday 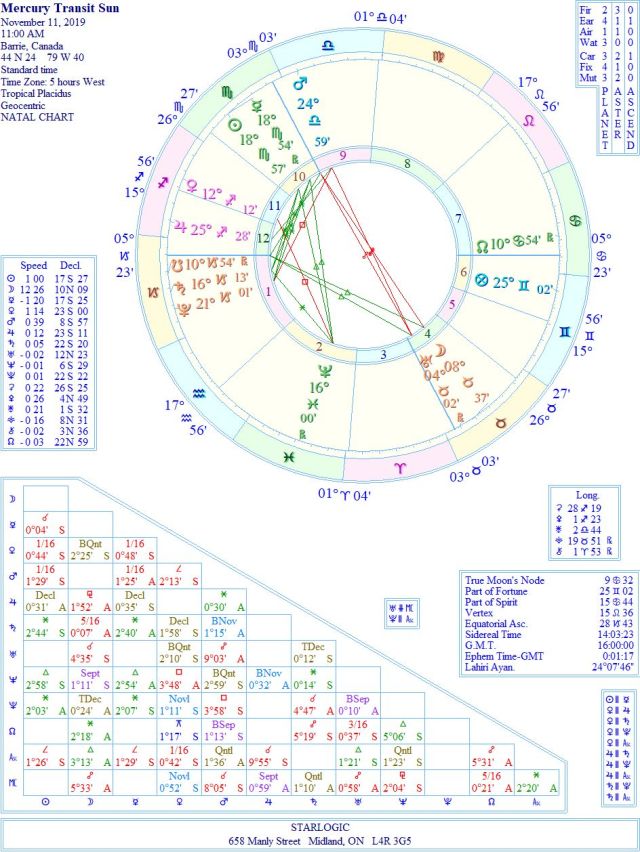 It would do well to remember things on this day, and I did (in spades). Confronted with the Venus/Saturn opposition in Antony’s birth chart, I recognized the start of my feelings of being unworthy of love. This has carried on through 2050 years to the present time. (And it matters not that I hadn’t recognized this feeling as coming from Antony: it was there anyway, in spite of my ignorance.)

So, now I have to ask: Can Cleopatra forgive me for failing her so miserably? 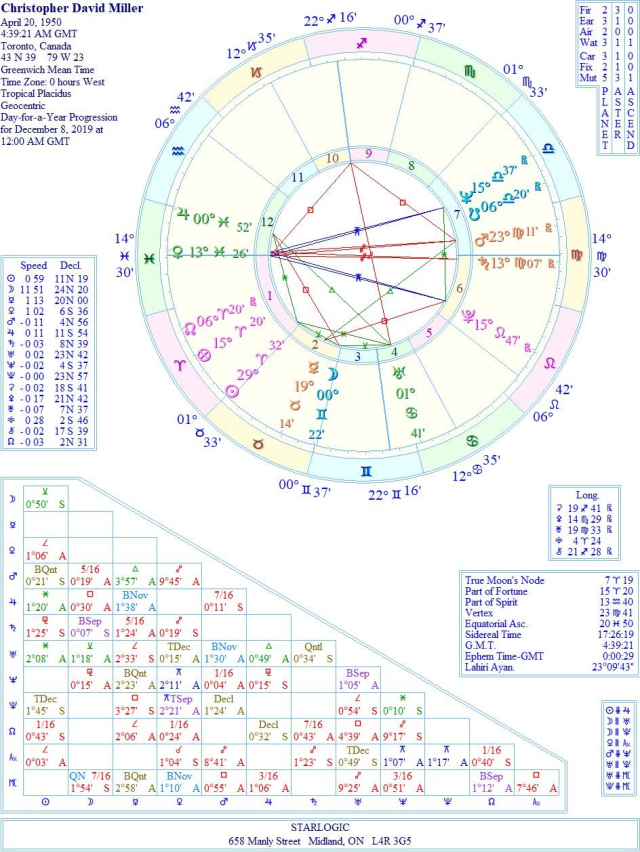 This is my progressed chart for age 69. Notice the very prominent aspect between Venus and Saturn on the Ascendant. This is my abandonment issue highlighted.

I am an Astrologer who also writes about world events. My first eBook "At This Point in Time" is available through most on-line book stores. I have now serialized my second book "The Star of Bethlehem" here. And I am experimenting with birth and death charts. If you wish to contact me, or request a birth chart, send an email to cdsmiller17@gmail.com
View all posts by cdsmiller17 →
This entry was posted in personal, spirituality and tagged abandonment, astrology, astronomy, dreams, higher self, inner guidance, puns, reincarnation. Bookmark the permalink.

1 Response to Message from Self: Get Some Help